The Kingston KC2500 is a high-end M.2 2280 NVMe PCIe SSD for high performance systems. With dimensions of 80mm x 22mm x 3.5mm and a weight of only 10 grams, it can easily fit in all form factor PC’s including laptops as it supports the M.2 2280 slot. It also comes with built-in hardware encryption and a five-year warranty.

The KC2500 is the fastest SSD from Kingston. It uses a Gen 3.0 x 4 controller and 96-layer TLC NAND 3D and offers top of the line sequential read speeds that can reach upto 3,500 MBps and sequential write speeds of 2,900 Mbps on this model with a durability of up to 600TB.

The Kingston KC2500 is available in in different storage capacities of 250GB, 500GB, 1TB, and 2TB. The drive also supports end-to-end protection and uses 256-bit XTS-AES hardware encryption. There is a built-in eDrive support, a secure storage specification for use with BitLocker.

Finally the KC2500 is also compatible with the TCG Opal 2.0 standard, Microsoft eDrive, as well as security management solutions from Symantec, McAfee and WinMagic. It also includes features like the TRIM function for optimization of writing and erasing of memory cells, S.M.A.R.T telemetry and secure data erasure options.

A big thank you to Kingston for sending us this review unit.

The KC2500 comes in the usual Kingston cardboard packaging with a plastic blister, to keep the drive safe during shipping. The drive comes in the M.2 2280 form factor, 80mm x 22mm x 3.5mm in size and weighs 10 grams. The package also includes a serial to Acronis True Image HD software for backups, archiving and recovery.

As this is a M.2 2280 form factor drive, it’s fairly easy to install on desktops and laptops.

The Kingston KC2500 comes in the M.2 format and connects over a PCI-Express 3.0 x4 interface. This format is approximately 3 times faster performance than SATA SSDs which are already very fast. Combined with the NVMe interface (Non-Volatile Memory Express), the KC2500 is capable of both increasing read and transfer rates, as well as faster access times.

On our review model, 1TB version, there are memory chips installed on both sides of the PCB. Each side of the KC2500 SSD is equipped with several NANDs.

After formatting the drive, we are left with 931 GB of free space. During tests, the Kingston KC2500 performed very well in everyday applications. Transferring and reading files, booting the system and loading games is quick with this SSD.

When copying files during everyday use, the speeds are in the range of 1400-1800 MB/s, depending on the size of files.

The average bandwidth during PCMark 8 tests were 742 MB/s, one of the best we’ve benchmarked.

In our Final Fantasy XIV StormBlood test, a benchmark that simulates game load time, the Kingston KC2500 came out with an impressive load time of 9.88 seconds.

In our CrystalDiskMark benchmark, the KC2500 nearly matches the speed advertised by Kingston of up to 3500 MB/s sequential read and 2900 MB/s for sequential write and performs well.

The Kingston KC2500 maintained stable temperatures between 40-45 degrees during work tasks. And while gaming it went upto a maximum of 58 degrees, which is excellent for its class.

The Kingston SSD Manager can be downloaded from Kingston’s website, which can help with monitoring temperature, drive health, status, and disk usage and also update firmware as and when they are released.

The KC2500 comes in capacities from 250GB to 2TB making it accessible to users with different systems, from workstations to desktops to laptops and even high-end gaming PCs.

In terms of pricing, it is relatively affordable than competing high-end M.2 NVMe SSDs by offering the same fast performance along with some of the best encryption tools.

The Kingston KC2500 delivers on the promise and is one of the fastest SSD’s with a 3,500 MB/s read speed and 2900 MB /s write speed, hitting the limits of PCIe 3.0. In terms of pricing, it is relatively affordable than competing high-end M.2 NVMe SSDs by offering the same fast performance along with some of the best encryption tools.

The latest in networking and Wi-Fi 6: An exclusive interview with TP-Link 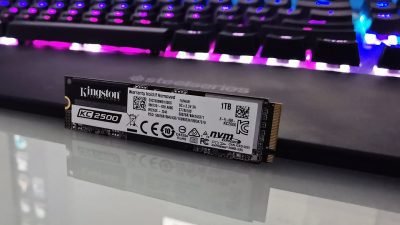 In Gadgets By Abey Mascreen
8.5 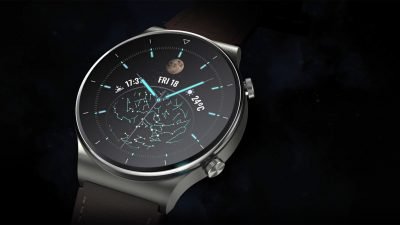 In Gadgets By Abey Mascreen
8

In Gadgets By Sagar Salil
8.8 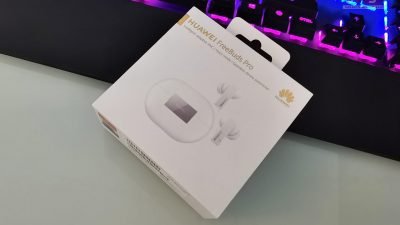 In Gadgets By Abey Mascreen
8.3

In Gadgets By Josh Richards
9 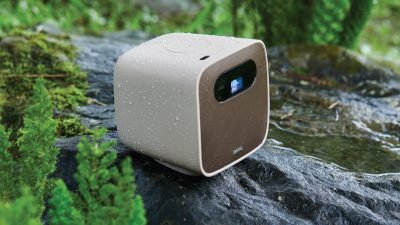 In Gadgets By Sagar Salil
8.5 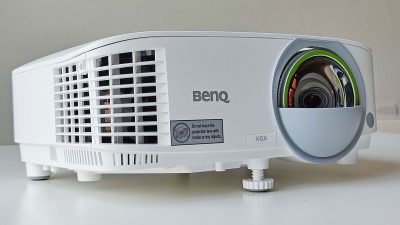 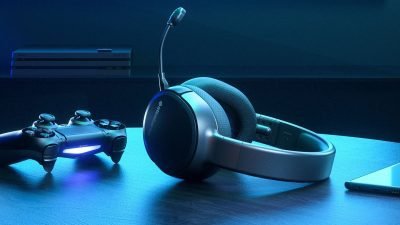 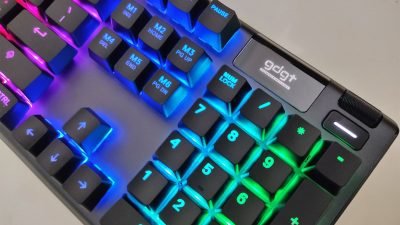 In Gadgets By Abey Mascreen
7.9 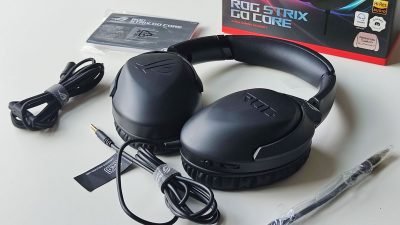 In Gadgets By Vivek Philendra
8 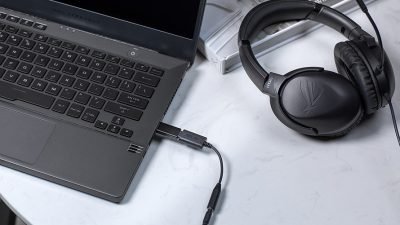 In Gadgets By Abey Mascreen 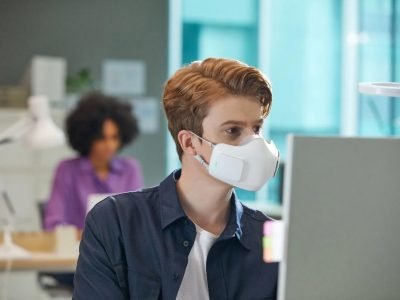 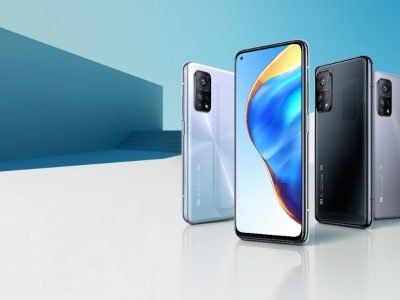 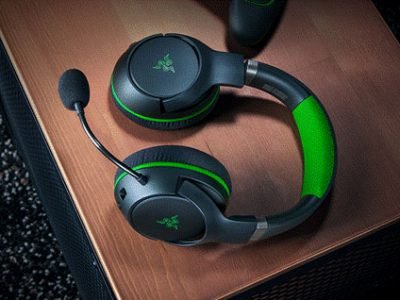 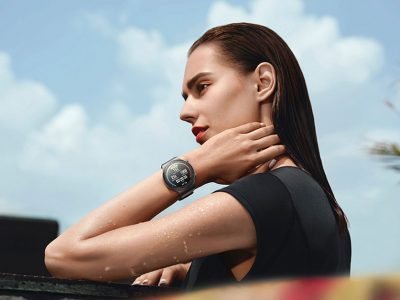 Huawei today announced the launch of its much-awaited, Huawei Watch GT 2 Pro Moonphase Collection in the UAE. Pre-orders begin on 12/11/2020. 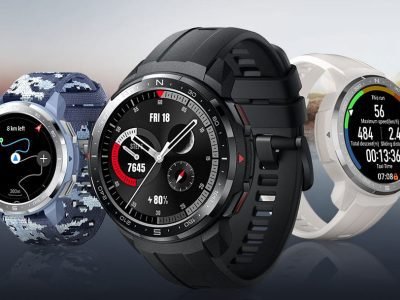 The new HONOR wearables are designed to elevate consumers to live a truly smart, productive, and healthy life. 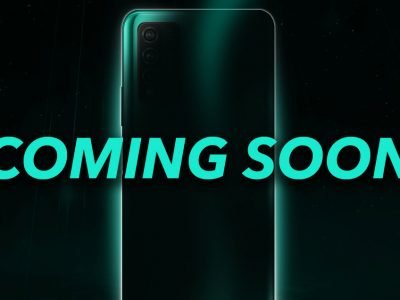 Honor 10X Lite is set to launch in the UAE

HONOR has confirmed the upcoming launch of the HONOR 10X. The HONOR 10X Lite is slated to be introduced to UAE customers in November 2020.

The Best Budget Gaming Monitors in the UAE

Call of Duty Mobile: Aiming for the perfect streak