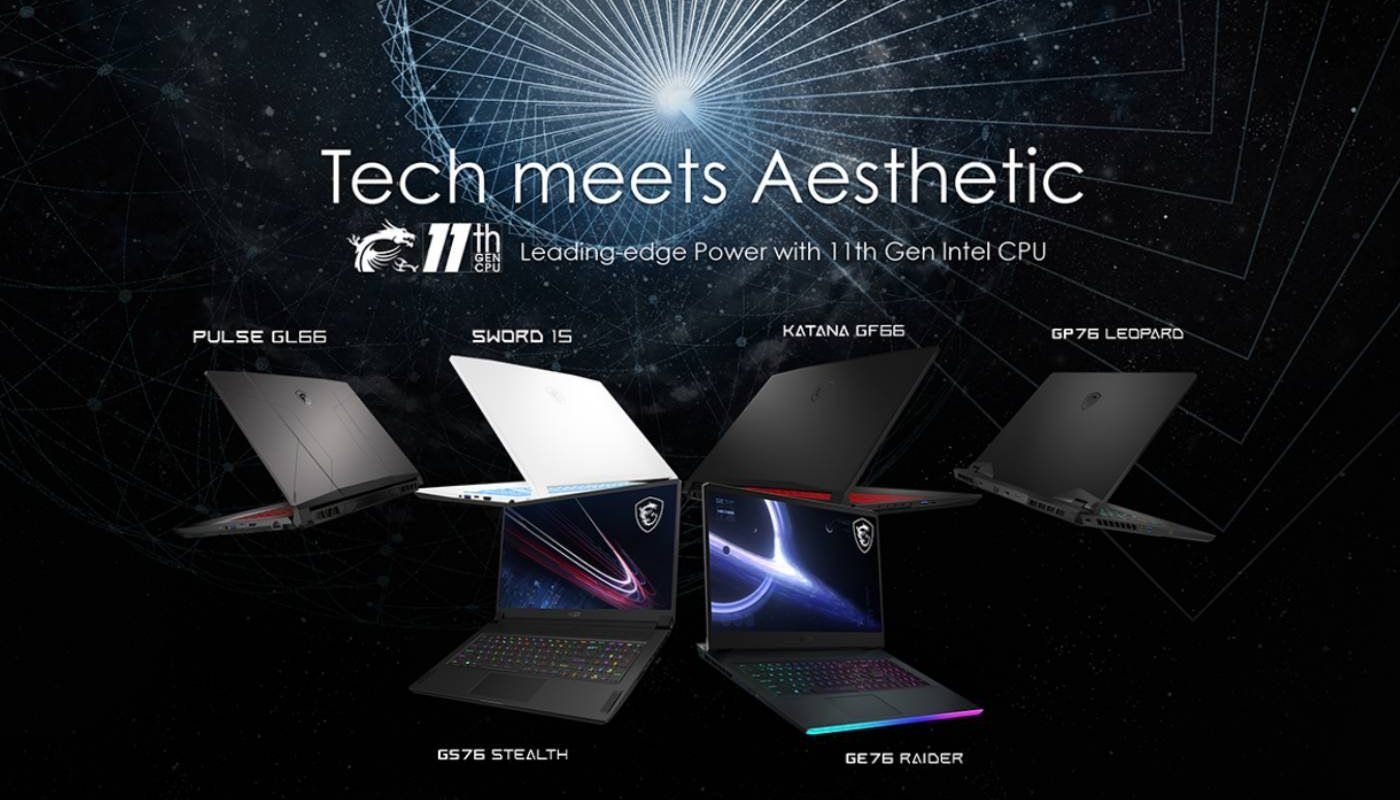 MSI recently announced its new lineup of laptops powered by the latest Intel 11th Gen H series processors and NVIDIA GeForce RTX 3080 Laptop GPU. Having expanded to creators’ terrain in recent years, MSI has perked up to materialize the concept where design is the bond between dreaming it and doing it through their upcoming virtual event “Tech Meets Aesthetic”. The new laptops continue MSI’s trend of producing top-tier, powerful machines with aesthetic touches that enhance user experience and unleash the inner gamer and creator spirits.

The newly redesigned Creator 17 laptop offers vibrant Mini LED display, powered by AUO AmLED technology, with 1,000 nits of brightness for a higher color range, all in a black, aluminum chassis with a sandblasted texture.

For those who need powerful performance for work and play, or even engineering, the GP Leopard series is also receiving NVIDIA GeForce RTX 3080 Laptop GPU and the latest 11th Gen Intel Core i7 Processors.

The award-winning Stealth series is back, bringing lightweight gaming power for those on the move. Beyond the GPU and CPU updates, the GS76 Stealth now has a silver hinge design, improved battery capacity, and a new panel with up to QHD 240 Hz for better visual performance.

Inspired by the swift power of the Sword and Katana, the image of the brandnew Sword and Katana GF series is designed by famed Japanese illustrator Tsuyoshi Nagano, noted for his work in the “Romance of the Three Kingdoms” video game series. The MSI Sword 17, Sword 15, Katana GF76 and GF66 are set to inspire users. Powered by NVIDIA GeForce RTX 3060 Laptop GPU and featuring independent number pads, even on the smaller 15-inch variant,