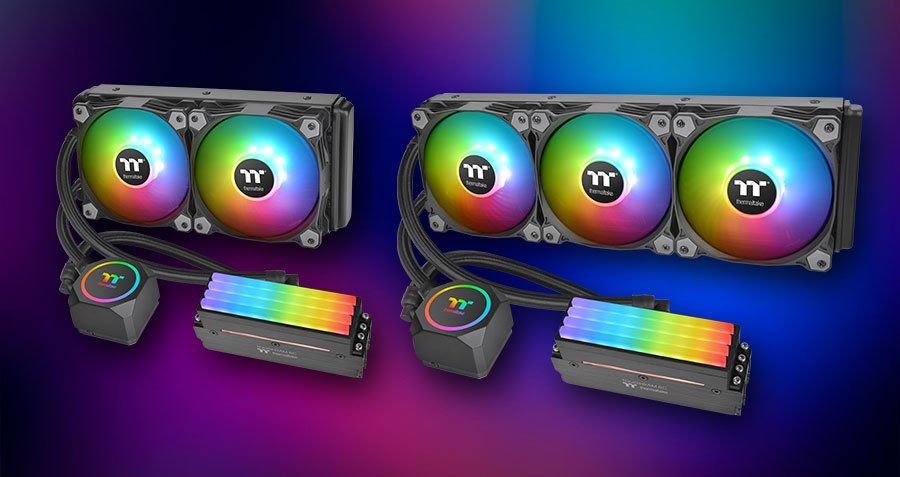 The high-performance copper base plate accelerates heat conductivity. The pre-filled coolant reduces any hassle for liquid replenishment. Additionally, the reinforced sleeved cables deliver heavy durability and prevent the tubing from any damage.

It can support the latest Intel and AMD CPU and compatible with universal sockets (including Intel LGA 1200).

The waterblock for the memory strips are equipped with four lighting strips, featuring 36 addressable LEDs that allows users to show their RGB lightings.

Floe RC360/RC240 CPU & Memory Liquid Cooler is compatible with TOUGHRAM RC DDR4 Memory Modules – Our modules feature the same quality that customers expect from the TOUGHRAM Memory line. Launching in frequencies of 3,200MHz, 3,600MHz, 4,000MHz, and 4,400MHz in kits of 8GBx2 modules; users may find a configuration to fit any PC allowing installation capacity of up to 32GB on mainstream 4-DIMM slots.

Overlock with ease and optimize system stability with a simple setting.