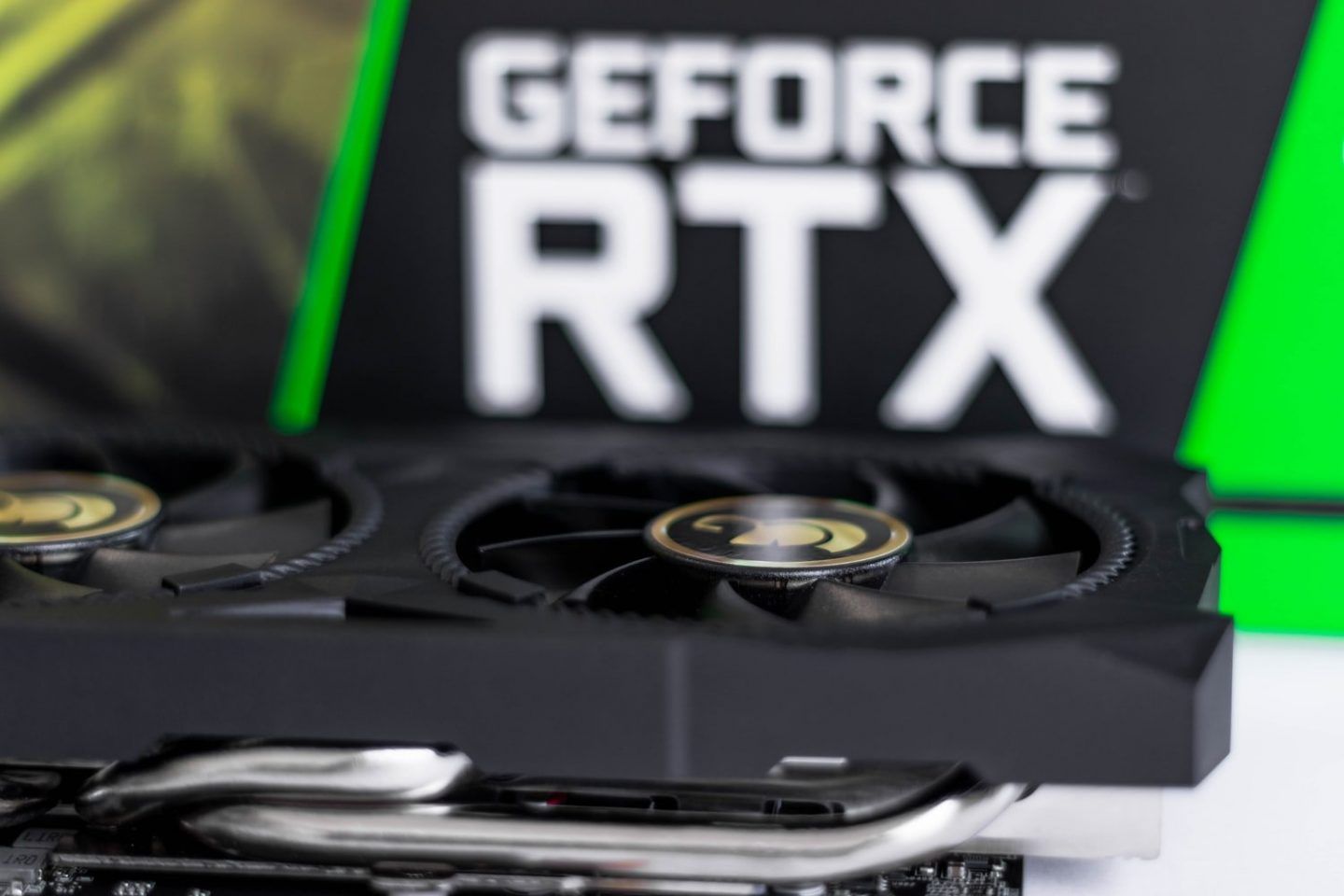 The latest round of claims suggest NVIDIA will launch two Ampere GPUs at the outset, including one that will power its GeForce RTX 3080 graphics card, and another for the GeForce RTX 3070. These GPUs will be based on NVIDIA’s 7nm Ampere architecture.

We have been hearing about Ampere for a long time now. It is widely assumed Ampere will represent a shift in manufacturing to a 7-nanometer node, as AMD has done with its Navi GPU architecture. Generally speaking, denser nodes lend themselves to better power efficiency, with faster clockspeeds and improved performance often associated with die shrinks.

According to MyDrivers, the beefier of the two Ampere GPUs is GA103, which will consist of 60 streaming multiprocessors (SMs) and 3,840 CUDA cores. It will power the GeForce RTX 3080 with 10GB or 20GB of GDDR6 memory and a 320-bit memory bus. There is no mention of the memory speed, though 16Gbps is certainly possible, if not likely. Assuming that’s the case, we would be looking at 640GB of memory bandwidth.

In addition to this, both new cores will be on a 7nm process. MyDrivers notes the exact foundry producing those cores is unknown, but suggested either Taiwan Semiconductor Manufacturing Company (TSMC) or Samsung as the manufacturer–based on TSMC’s 7nm production capacity and the close relationship Nvidia and Samsung share.

Regardless, these specs represent a huge leap forward in GPU power, with the RTX 3080’s 20GB GDDR6 VRAM being the largest-ever memory capacity on a consumer GPU. Further, MyDrivers suggested evidence exists for a still-far-off RTX 3080 Ti and Titan model, which mean AMD will have quite a lot of catching up to do.

Furthermore, the new RTX 3000 GPUs are expected to have a performance gain of 50% over the previous flagships. This, paired with twice the efficiency of Ampere chips will result in RTX 3070 outperforming the RTX 2080Ti at a much lower price point. With these performance numbers, we can expect true 4K 60 FPS on mainstream desktop cards.

It would be interesting to see how AMD’s flagship Radeon RX 5900XT, and RX 5950XT compete against these cards. The RX 5900XT is rumored to come with 12GB of GDDR6 VRAM coupled with a 384-bit memory bus and 672 GB/s memory bandwidth. The latest NVIDIA GPUs are expected to launch in late 2020.