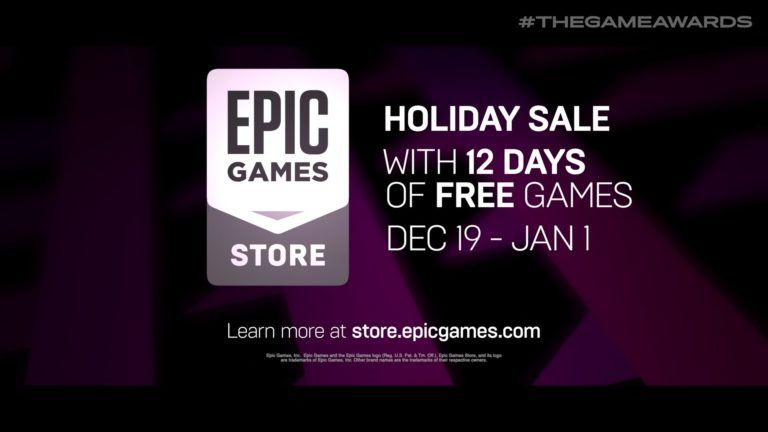 The Epic Games Store is ramping up the free games for the holidays, giving away 12 of them between now and the new year. Epic hasn’t revealed any of the 12 freebies, but judging by the quality of the games handed out throughout 2019, we expect them to be good.

The giveaway will start on December 19 and each of the free games will be free to keep forever, Epic announced at The Game Awards. People will be able to claim one free game each day until January 1, 2020. All they need to do is open up the launcher, log in, and claim that day’s game from the store. It then becomes a permanent part of their library.

Check the trailer below to see the exclusive games coming to the Epic Games Store next year. It’s now been a year since the launch of the store, and it looks like the exclusives are only getting bigger.

The trailer not only confirmed these holiday sale Epic Games Store free games, but also brought up a few PC games that will be exclusively sold through the distributor. The list included Before We Leave, Bloodroots, Predator: Hunting Grounds, The Red Lantern, Rogue Company, Surgeon Simulator 2, and Totally Reliable Delivery Service.

There has been a free games promotion in effect since the storefront launched. Initially, the deal was that people would get two free games each month. However, in May 2019, it upped the frequency to give people at least one game for free each week until the end of 2019.

Titles offered previously for free have included Alan Wake, For Honor, Limbo, This War of Mine, Overcooked, World of Goo, Transistor, The Witness, Hyper Light Drifter, Fez, Inside,