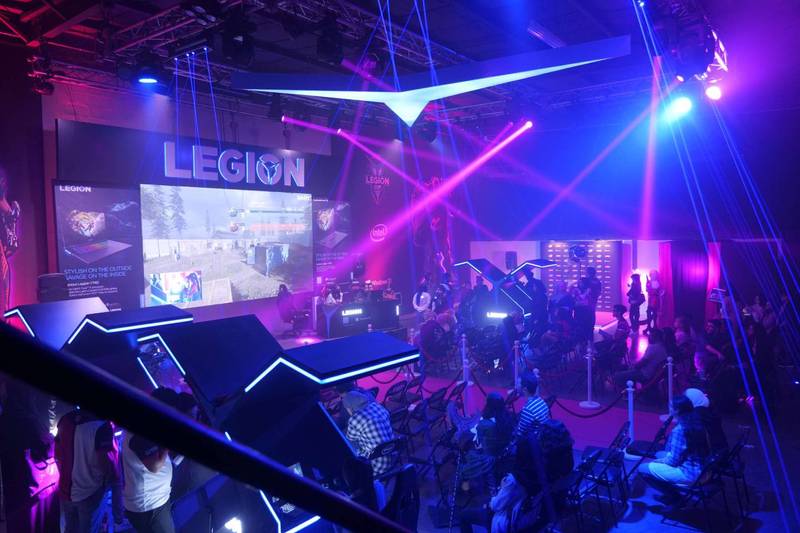 As part of its continuous engagement of the gaming community in the Middle East, Lenovo hosted it’s first-ever tournament for female gamers in the region – the Girl Legion Cup.

Held in collaboration with Gamers Hub Middle East at Warehouse Four, Dubai, the event drew together a host of gaming talent from across the UAE to compete as well as share industry expertise and attend panel discussions from key industry opinion leaders

During the course of the day, female gamers had the opportunity to socialize and compete, playing popular titles such as PUBG Mobile, Fortnite, League of Legends, Overwatch and Call of Duty: Modern Warfare at the Lenovo Tournament.

Within a panel discussion, Muna Al Nuaimi, Strategy Expert – Department of Economic Development, Government of Dubai detailed the emirate’s vision for esports and how to encourage more women to pursue careers in gaming and the wider field of technology.

Providing an inside look at gaming from the user-perspective were Kira, a UAE based Girl Gamer and Streamer and Ranya aka Rita, Girl Gaming Influencer with more than 200K+ followers on YouTube each – popular within their community. They were also joined by Mariam Maher from Bahrain – one of the first female Pro Gamers in the Middle East, who plays Fortnite professionally for NASR Esports.

As the world’s largest PC vendor, Lenovo has taken great strides in its efforts to enhance gaming for consumers. Such efforts include the launch of its Legion sub-brand – combining the latest innovations in processing and cooling technology with audio and visual enhancements for ultimate gaming immersion.

Committed to its focus on creating gaming experiences for all, in Sweden, Lenovo established ‘The Silver Snipers’ – a team aged 64 to 76-year, headlining international competitions and showing that gaming truly has no age. At DreamHack Summer 2019, the Silver Snipers played against countries including Finland, Germany and the USA – winning the overall competition.

In the UAE, Lenovo created The Dad Squad – five fathers united by their love of gaming, who participated in a regional League of Legends tournament and continue to teach fellow parents how to manage their children’s online engagement in a responsible manner.

Commenting on the Legion Cup, Claire Carter, Marketing Director and Women in Lenovo Leadership Ambassador, Middle East, Turkey and Africa: “When people think of gamers, there is often a perception that this is a male-dominated industry. In reality, the split between male and female gamers can be almost equal. As we’re continuing to build the Legion brand, we’ve uncovered a clear gap in terms of events tailored towards female gamers.

Our vision is built upon the notion of creating smarter technology for all. To truly achieve this, we’re having to rethink conventions to consider how we can become more representative of an increasingly diverse audience. The Legion Cup marks our first step on this journey, providing female gamers with the platform they deserve to not only interact, but seek out opportunities and thrive. We look forward to evolving the conversation further, with additional events and activities to inspire the next generation of female gamers within our region.”