The next generation of global combat is here with the iconic Black Ops Multiplayer experience, defined by Treyarch’s signature combat, deniable operations, and a connected experience across platforms and console generations. 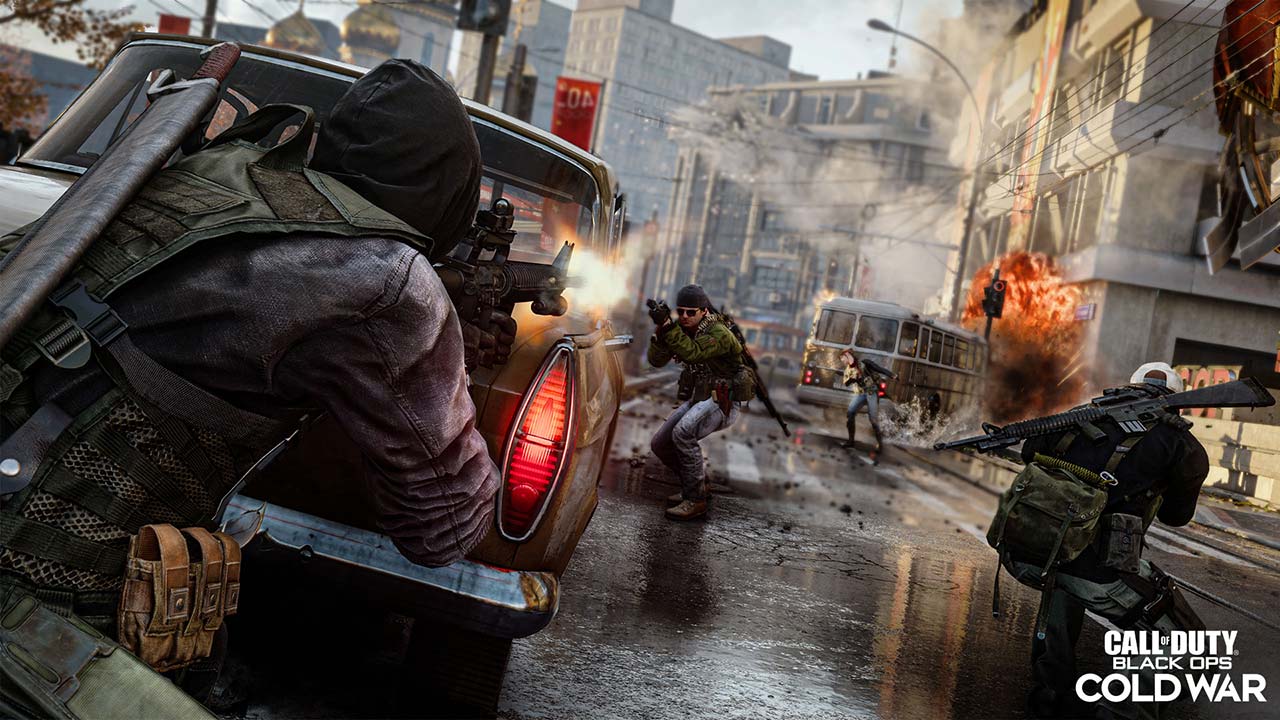 As detailed through an in-depth Multiplayer Reveal led by members of the Treyarch development team, Black Ops Cold War is set to usher in a new era of deniable operations that is undeniably Black Ops, interconnecting the game’s globe-trotting and immersive universe to a global stage.

The open beta begins with an early access period on October 8th for PS4 players and October 15th for Xbox and PC players. The beta opens for all platforms on October 17th, where players can experience Call of Duty: Black Ops Cold War before launch on November 13th.

Multiple options for the game are available to choose from, including the Standard Edition, Cross-Gen Bundle Edition or Ultimate Edition. All digital editions come with early access to this Open Beta. Pre-order now on the game’s official website.

There are two weekends of Black Ops Cold War Beta content with each “weekend” lasting a total of around five days, scheduled to begin each Thursday morning at 10AM, with exact timing to be decided.

The first Beta Weekend is exclusively for PlayStation 4 owners, running from Thursday, October 8 to Monday, October 12.

Saturday October 10, to Monday, October 12 is free to all PlayStation 4 owners. If you’ve got a PlayStation 4 and an internet connection, you should be ready to engage, though PlayStation®Plus may be a requirement in some territories.

The second Beta Weekend is for PlayStation 4, Xbox One, and PC owners, starting from Thursday, October 15, and running to Monday, October 19.

If you’re a PlayStation 4 owner, regardless of whether or not you pre-ordered the game, you can resume and continue to play the Open Beta free for the entire Weekend 2 period.

The first two days of the weekend – Thursday, October 15, and Friday, October 16, – are available for early access to anyone who has pre-ordered or pre-purchased the game on Xbox One/ Xbox Series X, or on PC via Blizzard Battle.net respectively. If you’re an Xbox One or PC owner and want to play Weekend 2 of the Beta for the longest possible time, be sure to pre-order. This period will be open for PS4 players. Check online here for pre-order information.

The rest of the Open Beta period, running from Saturday, October 17, to Monday, October 19, is accessible to all players on PlayStation 4, Xbox One, or PC. If you’ve got an Xbox One, Xbox Live Gold is required to play. If you have a PC, a Battle.net account is required to play. Other than these prerequisites and an internet connection, you should have everything you need to play. And as a reminder, the Weekend 2 of the Beta Test will include crossplay.

In Call of Duty: Black Ops Cold War, Treyarch’s signature map design will be rooted in the game’s realistic and historical setting, all accentuated by a visual art style that immerses players into the unfolding early 1980s Cold War narrative.

This Multiplayer journey brings operators around the world from the Angolan desert (Map name: Satellite), to the frozen lakes of Uzbekistan (Crossroads), to the streets of South Beach (Miami), to frigid North Atlantic waters (Armada), and even to the heart of the U.S.S.R. (Moscow).

For a quick rundown of some of the maps, visit the original Activision blog article here.