Lenovo finally brings the much desired Legion lineup to the UAE. The entire lineup is currently available at Jumbo Electronics, Sharaf DG and amazon.ae. 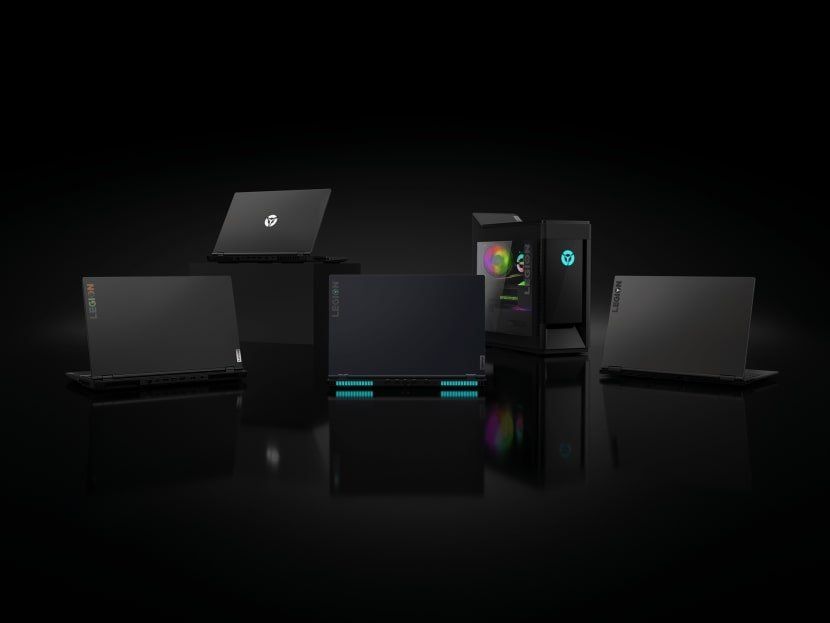 On the 7th of September, Lenovo announced the arrival of their Legion lineup to the Middle East. With key features like Lenovo’s TrueStrike keyboard and Coldfront 2.0 cooling technology, Lenovo seems to be focusing on the right things. The entire lineup is currently available at Jumbo Electronics, Sharaf DG and amazon.ae.

Included in the Legion lineup, are some purpose-made features that provide a variety of improvements that aim to give an overall better experience.

The TrueStrike keyboard is designed primarily for professional gameplay and typing productivity. It offers 100% anti-ghosting (which means that you can press many keys at the same time and have them all register), sub-millisecond response times and soft-landing switches for precise and tactile operation.

Undeniably, the biggest gripe with gaming laptops is the cooling. So it isn’t a surprise that Lenovo further developed its Coldfront technology. Coldfront 2.0 evolves Legion’s flagship cooling technology and enables you to experience a greater synergy between hardware and software (in terms of cooling), and brings you better airflow and cooler system temperatures.

First, let’s look at the Legion 5 (5i / 5 AMD) laptop. It’s the “budget” option from the lineup, costing AED 4,499 for the AMD model and AED 5,799 for the Intel model. It offers a reasonable amount of performance in a clean and minimalist design that I personally love. The display is 1080p and has a refresh rate of 144Hz, more than apt for any kind of gaming. The backlit keyboard has soft-landing hair-trigger keys via the Legion TrueStrike keyboard and the laptop is thermally tuned via Legion Coldfront 2.0. The Legion 5 comes in 15 and 17-inch variants.

Next is the Legion 7, it’s the top-tier gaming laptop option from Lenovo, and it sure looks like it. It costs AED 7,499 and it’s similarly designed to the Legion 5 (which is a good thing). The difference between the two is the RGB lighting garnishes on the Legion 7, which feel a bit unnecessary as it clashes with the laptops minimalistic aesthetic.

Like the Legion 5, it features 15-inch high-refresh panels, Lenovo’s TrueStrike keyboard, Legion Coldfront 2.0 (with Vapor Chamber Technology not in the Legion 5) and Dual Burn Support, which pushes the CPU and GPU together for maximum performance. So the factor that makes this top-tier is clearly the performance, with up to a 10th Gen Intel® Core™ i9-10980HK processor and up to NVIDIA® GeForce RTX™ 2080 SUPER graphics.

The odd-one-out here is the Legion Tower 5i, it’s big in performance and robust in design. The pricing starts from AED 5,499 and comes with a wide amount performance options. The frame holds 28L of interior volume, supports ample port selection and has a carry-handle installed in the rear. Its liquid cooled (optional) and claims to be built for overclocked system performance, ideally good for intense gaming sessions.