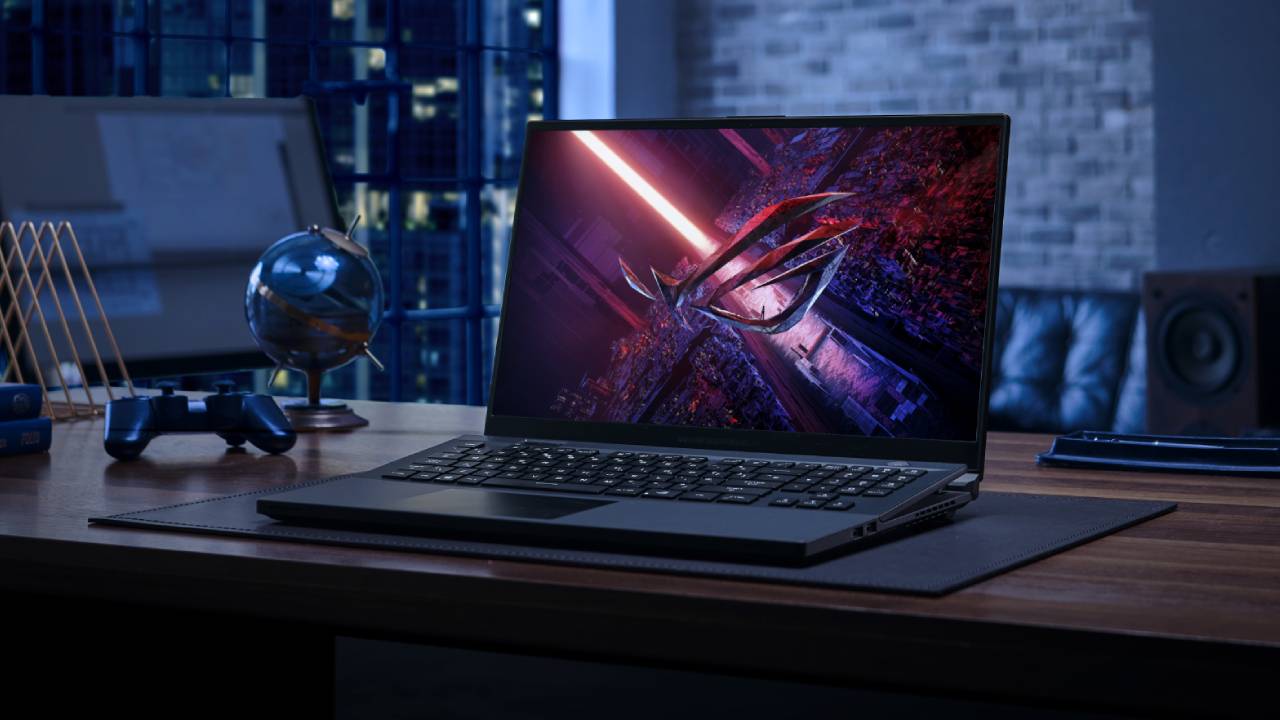 ASUS Republic of Gamers (ROG) today announced the ROG Zephyrus S17, a premium gaming laptop with a rising optical-mechanical keyboard that enables superior cooling. The Zephyrus S17 delivers top-of-the-line performance for gaming and more in a slim package with the style for any occasions.

The ROG Zephyrus S17 introduces a bold new design that balances powerful processing, quiet acoustics, and cool temperatures in a less than 20 mm thin chassis. As the user lifts the lid, the keyboard rises at a 5° angle, opening broad vents that increase intake airflow by 25%. Raising the keyboard also reduces its surface temperature, keeping the user’s fingers cooler.

The Intel Core i9-11900H CPU in the top configuration is clocked up to 4.9 GHz, and thanks to ROG’s innovative cooling, it runs on up to 50 W of sustained power when the GPU is active and 90 W on its own. Its eight cores and 16 threads supercharge gaming, streaming, and creating for fast and efficient multitasking. The Zephyrus S17 unleashes high FPS even in the most demanding games with an NVIDIA GeForce RTX 3080 GPU based on the cutting-edge Ampere architecture, which enables the most realistic ray-traced graphics and advanced AI features. These improvements enable lifelike visuals while pushing frame rates to new heights. It also supports for Resizable BAR enables the CPU to access all of the GPU memory at once, which can improve performance in many games.

The spacious 17-inch screen immerses the user in games and creative projects. It’s surrounded by super-narrow bezels that slim down to 5.65 mm on the sides. Quick 3ms response times minimize blur in fast-moving scenes. Full coverage of the DCI-P3 color gamut, plus enhanced contrast with Dolby Vision support, produces vivid hues in games and media. All Zephyrus S17 displays are factory calibrated and PANTONE Validated for exceptional color accuracy, so creators can fine-tune their projects with confidence.

It also presents a 165 Hz refresh rate WQHD panel for responsive gameplay with rich details. This panel also comes with NVIDIA Advanced Optimus technology, which blends the battery-saving tools of Optimus with the fluidity and responsiveness G-SYNC. It uses a dynamic display switch to intelligently shift between the integrated and discrete GPUs to maximize battery life or performance depending on what the user is doing. When running off the discrete GPU, the display’s refresh rate synchronizes with the GPU’s frame rate for smoother, tear-free gaming.

To improve voice chat, advanced Two-Way AI Noise Cancelation removes unwanted sounds from both input and output audio. It can be applied to any device and even customized on a per-app basis, so users can limit noise-canceling to chat apps without affecting in-game sounds. Gamers can communicate better with teammates, creators can record cleaner audio in any environment, and everyone can enjoy clear a conversation.

The slim design and understated looks make it easy to take the S17 everywhere. Its substantial 90 Wh battery augment that mobility. Support for USB Type-C charging up to 100 W lets users leave the main adapter at home. While the full-sized adapter is required for maximum performance, the laptop can handle everyday work running off a smaller Type-C adapter or even a portable USB power pack.

For agility, users can also switch between operating modes manually with the Zephyrus S17’s Multiwheel in the upper left corner of the keyboard deck. They can adjust Operating Modes, input and output volume, keyboard backlighting, display brightness, and more.

While for those who need to connect another display, a USB Type-C port with DisplayPort stands ready alongside a dedicated HDMI port. The SD card reader supports transfer speeds up to 312 MB/s, enabling quick access to photos and videos. The S17 not only provides portability but also ultimate flexibility through seamless connectivity.