Everything we know so far about Halo Infinite 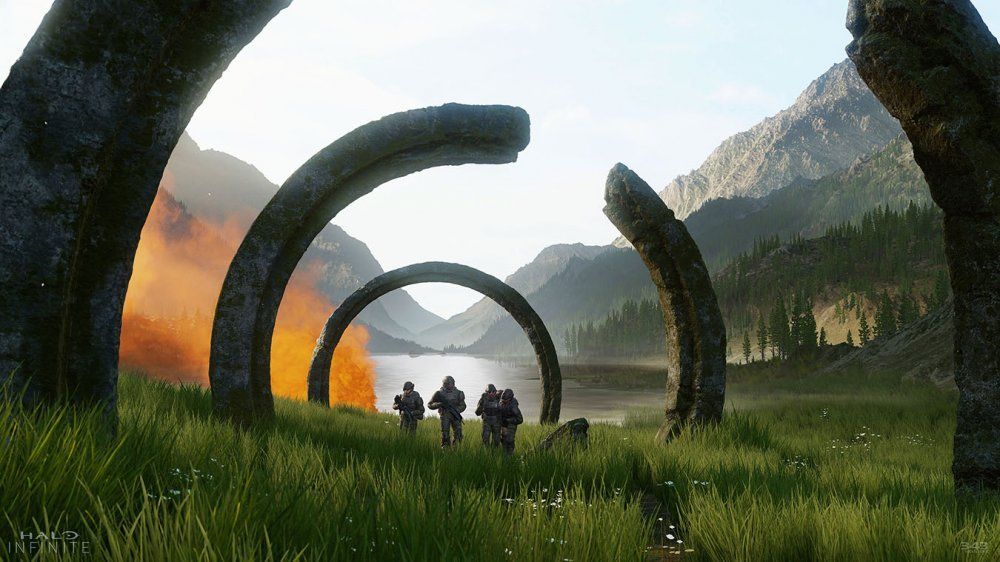 Halo Infinite is the sixth main entry to the Halo franchise. Developed by 343 Industries and published by Xbox Game Studios. It’s currently set to release in 2021 to Windows, Xbox One and Xbox Series X. It’s available in Xbox’s Game Pass and is also a part of Xbox’s Smart Delivery system.

Much to the fans disappointment, 343 Industries announced that Halo Infinite will shift its release to 2021.

“We have made the difficult decision to shift our release to 2021 to ensure the team has adequate time to deliver a Halo game experience that meets our vision,” says Chris Lee, studio head for the game at 343 Industries.

It’s great to see that 343 Industries is making the hard choice to rather give us a stable release than rush it for the Series X. Which also means features like ray-tracing are very likely to be in the game at release rather than it being an update.

This delay also means that the Xbox Series X is now out of a launch title. Will it bolster Xbox’s efforts in the console war? It’s hard to tell. Halo is certainly a big selling point for many fans. But now with the delay, fans will likely stay with their Xbox One X or wait for the Halo release to buy an Xbox Series X. So unless Xbox surprises us, my prediction is that the launch sales will likely be negatively affected.

With a sharp turn from Halo 5: Guardians, Infinite will focus its storyline entirely on Masterchief. The story is aiming to be a lot more “human” than previous titles. We can see a glimpse of this in the “Discover Hope” cinematic trailer revealed in E3 2019.

With Halo Infinite set to be the last halo for this decade. The story will likely stick to its roots and pay homage to the legacy that Halo has crafted. The E3 trailer further suggests this as Masterchief is using his Mark IV armour previously seen in Halo 2 and 3. Which are fan favourites of the series.

As for enemies, Infinite reintroduces the banished, an enemy faction that first appeared in Halo Wars 2. The group is led by a war chief called Escharum, who is set to be one of the more formidable foes the Masterchief has faced.

Halo Infinite’s campaign will run at a smooth 60fps at up to 4K resolution. new-gen visual features like ray-tracing are available as well. It’s not a given however that the ray-tracing won’t affect performance. We can probably expect a hit in framerate or resolution with ray-tracing enabled.

However, it’s a different story in multiplayer with Xbox recently announcing that Infinite’s multiplayer will run at 120fps. It’s definitely a positive move and is certainly getting the fans excited. But what they didn’t specify was what they’re going to compromise to achieve this. Will it be the resolution, shadow quality or frames per second? Nevertheless as long as it isn’t very noticeable, I don’t think fans will mind a visual downgrade for a much more important 120fps.

Infinite’s map is the biggest in the series, being larger than the last two Halo games combined. It’s also a semi-open world experience, letting you unlock different areas as you go through the campaign. Which will hopefully help the suffocating linearity of previous titles.

“What you saw in the demo that we showed, you have this map. There’s this huge open section of the ring. As you get to that point in the game, this is several hours into the campaign, then you have the ability to traverse that whole area and explore where you want to go on the ring,” says studio head Chris Lee.

“That’s what we mean by open and explore the different places that you can go to. There’s definitely a sense of freedom that you haven’t had before. You will get to choose your path there. But we do also want to tell that story, so while you’re doing that we want to keep the story moving forward versus like a nonlinear story or something like that.”

“You’ll be pulled to some of these locations as well, which you could say is story-based. It’s also what the franchise is about. We really are trying to make sure there are things for Chief to do that reinforce the heroism and the hope he brings to humanity and those are pretty strong draws around the world,” added Paul Crocker, associate creative director.

So in conclusion, 343 Industries seem to want to give players the freedom to do what they want while also trying to give players a good experience with its story. Which is a good balance of effort if you ask me.

With a realised art style from previous titles, developers have the confidence to expand and fine-tune Infinite’s visuals. This is evident in the gameplay trailer as the world looks a lot more vibrant and alive with wildlife running in the open and a new day/night cycle. Weapons and animations look great as well, clearly improving from their past. Some fans have pointed out some issues with graphics in the gameplay trailer but they’re likely to be sorted out by release.

The musical score for the game is composed by Curtis Schweiter and Gareth Coker. Both talented composers known for their work in games like Starbound (Curtis Schweiter) and Ori and the Will of the Wisps (Gareth Coker).

Gameplay is THE major factor to any first-person shooter game, and it’s something Halo has already got right. So rather than improving the gameplay itself, Infinite adds in a light upgrade system and some new gameplay elements.

Here are also some of the new weapons coming to Halo Infinite.

These new additions will refresh playstyles and open up more freedom and flexibility to players. They also come to multiplayer as well which gives multiplayer fans something to look forward to.

With this Halo featuring a more open world. Vehicles are going to be a lot more significant. While we didn’t see any new vehicle types in the trailer it’s not outlandish to expect much more fleshed out vehicle mechanics.

The gameplay trailer also let us get a look at the enemy AI which sadly looks to be the same as previous titles. Defeating the same hordes of characterless enemies get boring after a while and is something that would have significantly changed the game for the better if improved.

Multiplayer is undoubtedly the heart and soul of the Halo series, and it’s clear that 343 Industries is putting a lot of effort into making sure that fans are made happy in that regard. The classic split-screen multiplayer has returned, which unique to Halo, is the fan favourite way to play the campaign.

As for online multiplayer, Xbox announced that Infinite will have free-to-play multiplayer and will run at a buttery smooth 120fps.

While free-to-play sounds great (and it is), it suggests that Infinite will have some sort of battle pass system popular in other free-to-play games and might also have microtransactions. But Halo has stated that they certainly won’t include lootboxes which is quite relieving.

Another aspect worth looking at is the cross-play possibilities due to Halo being released to both Xbox and PC. While cross-play hasn’t been announced, there’s a good chance it’s going to happen. If it does, Xbox will have to put a lot of effort into making a good anti-cheat. As opening up multiplayer to PC is guaranteed to have hackers ruin the day for everyone else. Another way to go about it would be to make cross-play optional, which gives the players power to use it only while playing with friends.

If you want to know more about Xbox’s backwards compatibility and Smart Delivery system, click here.