The Xbox Game Showcase reveals a ton of new and exciting games. 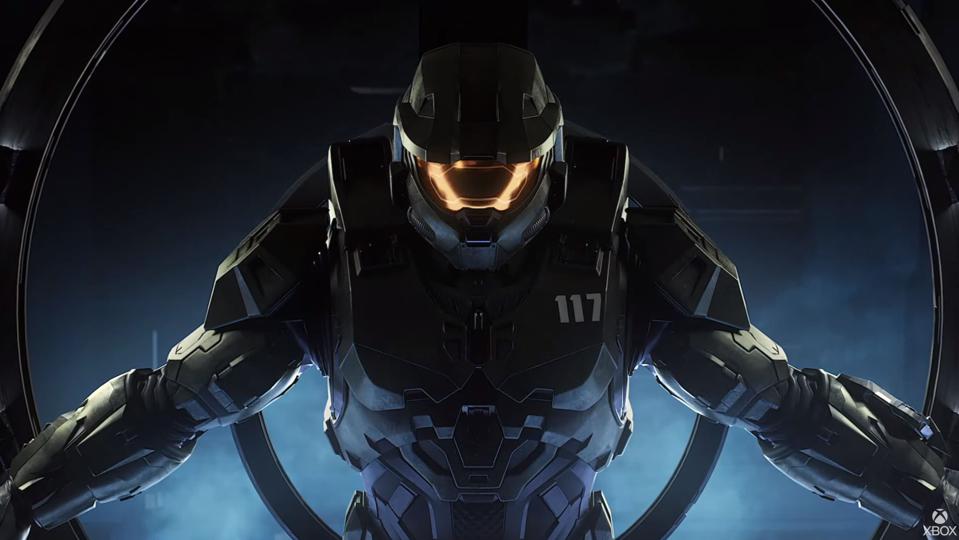 On the 23rd of July, Xbox kicked off its game showcase event. It lasted for one hour and showcased games from nine of Xbox’s fifteen game studios. The event consisted of many new first-party games as well as games which got an upgrade for the Series X. The main focus of the event, however, was its launch title Halo Infinite.

The showcase began with a story teaser which led directly into a gameplay demo. The game is set on a Halo ring, which apart from looking gorgeous also seems to be an open-world experience featuring a map that’s bigger than the last two Halo games combined.

The gameplay featured a new grappling hook and some new weapons that hopefully revitalise an already exhausted combat system. The game seems to be sticking to its roots in terms of story and design which might please hardcore fans but feels unattractive to players like me who don’t want to buy a slightly different game every year just because it has Halo written on it.

Although my perception of it might change if it does turn out to be the last Halo game as people are speculating, in which case it would be a great send-off to a beloved game which had the charm to capture the hearts of a fanbase that’s still going strong.

State of Decay 3 is the third instalment in the State of Decay franchise. A short well-made teaser was sadly all we got from the showcase, it focused on a survivor scouting through the wilderness and ending up encountering an undead deer.

A new Forza Motorsport is in the works, and it seems like its taking full advantage of the Series X with ray-tracing and great looking graphics shown in the beautiful in-engine footage. Will it stay with its semi-arcade roots or will it try to be a bit more serious to counter PlayStation’s Gran Turismo? I hope its the latter.

Everwild’s showcase began with a teaser that suggests it’s going to be a game akin to Journey. With a vibrant colour scheme and magical creatures that roam the untamed open world, its sure to be a calming exploration game thats worth looking out for.

From the makers of Life is Strange, Tell Me Why is a mystery-investigation game following a childhood trauma of two siblings Alyson and Tyler. The showcase began with a story trailer.

As usual, great strides have been made by Dontnod as they have stated that Tyler is the first transgender playable character from any major studio, and worked with GLAAD (Gay & Lesbian Alliance Against Defamation) to make sure its an authentic representation of the trans experience.

Ori and the Will of the Wisps

Moon Studios has announced that they are working on a special version of the beloved platformer for the Series X. Ori will run on 120 frames per second, which makes animations buttery smooth. It will also have super sharp graphics and more importantly low input-latency for quick movements. They are also using premium audio tech for the game which couldn’t be used before.

Peril of Gorgon is a new story expansion pack for The Outer Worlds, it’s the first of two planned expansions and is set on an asteroid named Gorgon. A trailer with both gameplay and story was in the showcase.

Avowed is Obsidian Entertainment’s next first-person RPG set in the fantasy world of Eora, the short trailer has quickly excited a lot of fans with the games mystical aesthetic and hints of Skyrim-like dual wielding.

As expected, Xbox announced the latest fable. While the teaser was a bit too vague, it did show that fable’s dry humour is staying intact. As rumoured earlier to be a sequel it does seem Fable will be a completely new game and also the fact that it is a MMO will surely push forward the notion of Phil Spencer pushing it more towards service based game which works well with Gamepass.

As Dusk Falls is an original interactive drama that explores the entangled lives of two families across thirty years. It uses a moody watercolour-like art style and is also independent studio Interior/Night’s debut game.

Grounded is a vibrant small-scaled survival RPG set in a backyard that gives you strong memories of Honey, I Shrunk the Kids. With a strong focus on base-building and multiplayer, Grounded looks like it has the potential to be a great fun game.

Destiny 2’s beyond Light DLC makes a huge game even bigger with new game mechanics that let you create platforms to jump to, walls to defend and abilities that let you encase and shatter your enemies. On the Xbox Series X, the game will support 4K and 60 frames per second.

Psychonauts 2 is a colourful psychic-themed action-adventure game which follows Raz, a young acrobat that tries to fulfil his dreams of joining the international espionage organization known as the Psychonauts. Surprisingly, Jack Black stars in this game as a Navi-like wisp. He is just one of the characters that Raz encounters throughout the game.

Microsoft Acquiring Double Fine was an excellent decision as previously deleted boss fights due to budgeting cuts have now been added back thanks to the added investment by Microsoft. Double Fine announced in July 2019 that they have delayed the game’s release until 2020, wanting to make sure they make the game as good as players are expecting. Double Fine announced in July 2020 that the game was further delayed to 2021, which will allow for an Xbox Series X-optimized version to be released as well.

Stalker 2 is an immersive horror first-person shooter, set in the Chernobyl Exclusion Zone. With one of the biggest open-worlds to date, the gloomy environment is filled with radiation, mutants and anomalies. Your goal is to find your way through the zone or be forever lost to it.

Warhammer 40,000: Darktide is a visceral 4-player co-op action shooter set in the hive city of Tertium. It looks like it’s going to be a horde shooter which is sure to be fun to play with friends if done right.

Tetris Effect: Connected is marketed as the ultimate version of the ultimate game. With optimized singleplayer and all-new multiplayer, Tetris Effect aims to be an incredibly addictive reinvention of one of the most popular puzzle games of all time.

From the makers of SteamWorld, The Gunk is a third-person action-adventure game where you lead a duo of outer space explorers that come across dangerous planet plagued by corruptive gunk. Your aim is to explore, gather, craft and survive.

The Medium is a mystery-horror game where you are a medium, which means you simultaneously live in two different worlds, the real one and the spirit one. You investigate a mystery regarding a child’s murder, as a medium, you have a wider perspective and can see more clearly that there’s no one simple truth to what others perceive.

New Genesis is the latest instalment in the Phantasy Star Online 2 series, Sega’s long-running online action-RPG. It promises to deliver game system and graphics engine updates to enhance the series.

Crossfire X is a fast-paced first-person shooter offering exhilarating multiplayer experiences and a cinematic campaign (that hopefully isn’t too scripted like the Call Of Duty games). The campaign explores a global conflict world’s two most powerful private military factions.

Crossfire X has garnered a lot of interest since it’s reveal and currently no release date for PC has been announced, will you be getting it?

If you want to know more about the Xbox Series X, click here.