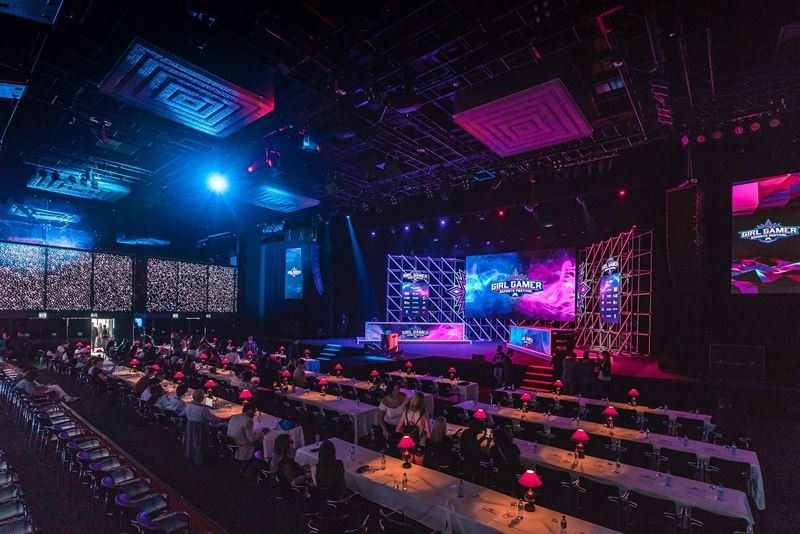 From 19th to 22nd of February 2020, nine of the best teams will compete to for a prize pool of US$100,000 at the E-sports GIRLGAMER Festival Dubai – world’s biggest all-women gaming fest to debut in Middle East.

Attention gamers, you don’t want to miss this event!

Located at Meydan One, Meydan Grandstand in Dubai, a fitting location with lots of space and room for the finals to take place. Organised by Galaxy Racer Esports in partnership with Evoloop and presented by Grow uP eSports, the tournament is brought to the Middle East for the first time in association with the Government of Dubai Media Office (GDMO).

The Dubai Media office will be supporting the event in order to develop regional Esports industry, with a vision to develop Dubai as an Esports Hub for all competitive Esports events, which will be under the Dubai 10X Media Project.

What countries will be represented by their GIRLGAMER team?

Following the qualifying stages in Australia, South Korea, Singapore, Spain and Brazil, the competition at the Meydan Grandstand will bring together nine of the world’s best all-female gaming teams to compete for the prize pool of US$100,000.

Team Dignitas from the US, the undefeated back-to-back champions of the last two GIRLGAMER Esports Festival World Finals in CounterStrike Go, will enter the World Finals of GIRLGAMER Esports Festival as the North American representative.They will be joined by teams Carnage (Australia), Copenhagen Flames (Europe) and INTZ (Brazil) that will compete in Counterstrike Go, while Charon (South Korea), OOB (Europe), Besiktas, Innova (Brazil) and local representatives Galaxy Racer (UAE) will go head to head in League of Legends.

The competition celebrates and promotes woman professional competitive gaming, and drive woman empowerment, and what a great way to do it! We are happy to report that the festival final happening in our hometown of Dubai.

As part of the festival’s efforts to expand its global reach, the latest edition of the event has partnered with Critical Hit Entertainment in Australia, ROX Gaming in South Korea, BBL e-SPORTS in Brazil, and Movistar Riders in Spain. It is supported by Logitech G.

Tickets to the thrilling final stages are now on sale on Ticketmaster and Platinumlist.