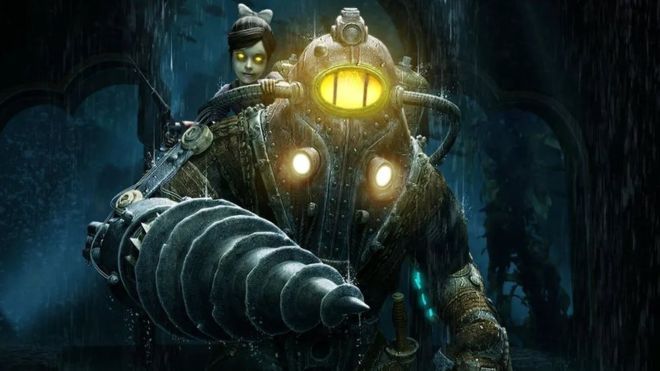 Take-Two’s 2K has formed a new studio which will be put to work on a new entry in the BioShock franchise.

Cloud Chamber is a new studio, with locations in both Novato, California and Montreal, Quebec, headed by Kelley Gilmore, who has worked at 2K’s Firaxis Games for nearly two decades in various capacities on Sid Meier’s Civilization and XCOM.

According to 2K’s announcement, the next BioShock will be in development “for the next several years.” 2K has not officially announced any platforms nor targeted release date for this new BioShock.

Gilmore declined to comment on whether the new BioShock would introduce a new cityscape as its setting or feature returns to Rapture or Columbia, saying “We.hope that fans love our future plans for this environment”. The Cloud Chamber team will be working out of two locations: Novato, Ca. and Montréal.

When asked whether this new BioShock could include live-service elements, especially in light of speculation about 2K investing in live-service gaming in new Novato-area job listings, Gilmore neither confirmed nor denied they might be added.

“Providing an outstanding gaming experience to our audience will always be paramount to us, including offering innovative ways to remain engaged with our game. While it’s premature for us to confirm anything today, as we build out our vision, it will be incredibly important for us to listen to our future customers for guidance, as there isn’t a ‘solution for all’ answer,” Gilmore said.

“Our team believes in the beauty and strength of diversity, in both the makeup of the studio and the nature of its thinking. We are a deeply experienced group of game makers, including many responsible for BioShock’s principal creation, advancement and longstanding notoriety, and honored to be part of the 2K family as stewards of this iconic franchise,” Gilmore said in a statement alongside the announcement.

During the last console generation, Bioshock rose up to become one of the highest rated franchises in gaming.

The last major release the franchise saw was BioShock: The Collection, which saw BioShock, BioShock 2, and BioShock Infinite, along with their respective DLC and additional commentary, bundled in one release. Speaking of the game itself, there’s nothing to show as of yet, because the announcement is focused on the new studio, but they did say that the work on the new BioShock started.