Sony are Microsoft are releasing their ninth-generation consoles this holiday and here is they are making a mistake with the PS5 & XBOX Series X. 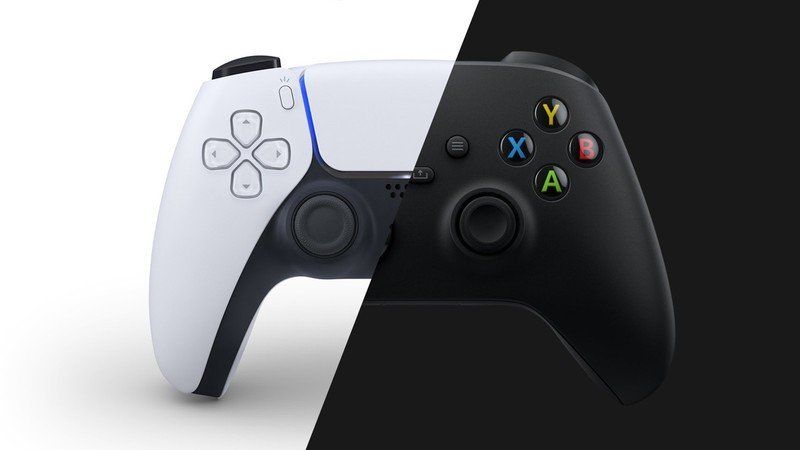 As we approach the end of the eighth console generation, many of us are at a bittersweet state reminiscing the wonderful journey of almost eight years while at the same time excited to see what the next generation of consoles has in store for us. We first got wind of Microsoft’s next-gen console as they announced codename “Project Scarlett” at E3 2019, and formally unveiled it at The Game Awards 2019 as Xbox Series X whereas, the PlayStation 5 logo was revealed by Sony at their CES 2020 keynote speech. As launch events break and confirm our expectations and rumors that have been accumulating over the years, gaming enthusiasts across the world eagerly wait for this year’s holiday season to see these powerful consoles in retail.

Whether you prefer Sony’s Playstation or if you’re more of an Xbox person, what we all want to see is the next generation of consoles to have a successful life cycle, outselling and surpassing the legacy of current-gen. As we anticipate whether any one of the consoles of the ninth generation will finally dethrone the PlayStation 2 as the highest-selling video game console of all time, there’s a high chance that sales for these consoles may not even reach up to the seventh console generation and here’s why.

As we all know, the world is at an ongoing battle with the Covid-19 pandemic since its first worldwide spread in early January of 2020. Since then we’ve seen a lot of changes being adopted into our daily lives in the form of travel restrictions, change in work dynamic and an overall change in the way that we experience our everyday lives. Covid-19 has many impacts such as political and social for example, but perhaps the one that hits the hardest is the impact it has on the global economy.

State of the Global Economy

The travel restrictions and social distancing measures imposed by the governments have had direct impact on a lot of industries such as hospitality, service, entertainment and many more, in turn affecting the global economy due to the shrink in revenue generated from them. Although many companies have transitioned to working remotely, a lot of workers who work on daily wages, especially in the service industry have lost their jobs. The International Labour Organization says that 1.6 billion people could be out of work due to this pandemic, i.e. half the world’s workers resulting in an unemployment crisis.

The top most countries with the highest game revenues, i.e. the USA & China are also the countries which are the most affected by the virus outbreak. According to CNBC roughly 5 million people in China (world’s second largest economy) lost their jobs amid the outbreak in early 2020, meanwhile the United States (world’s largest economy) witnesses a record number as more than 3 million Americans file for unemployment. Such increase in unemployment trends can also be observed elsewhere in the world such as Canada and Europe.

The economy is going through a depression worse than that during the 2008 global recession, and this is just the starting of an economic carnage that is about begin.

Impact On The Video Game Industry

The impact of Covid-19 on the video game industry is large, and as employment rates plummet in countries with the highest video game revenues, it could take a turn for the worse.

The restrictions on social gatherings and practice of social distancing meant that many of the biggest gaming events of the year such as E3 2020 had to be canceled due to fear of the pandemic spreading. These events were supposed to give us a first look into what we could expect from the next generation of consoles as well as a chance for developers to give us a taste of what they’ve been working on. Industry giants such as Microsoft were able to tackle these situations by adopting digital platforms for their announcements, however, small development studios and indie game developers struggled to reach their audience and faced the largest negative impact.

Many major E-Sports events directly took a hit as they were either canceled or postponed indefinitely such as the 2020 Fortnite World Cup. The events that did happen had to be transitioned to remote play which didn’t prove to be the same experience to the typical audience that would be present at the live events. Video games and home consoles fall under the shopping category of products and according to The Economist the most crucial shrink in the economy is in areas where people typically tend to have fun.

“The so-called dip in “fun spending” will continue even after global lockdowns are relaxed.”

Indie developers heavily rely on their presence at gaming events for in-person meetings with prospective partners to procure funding and support in publishing their projects. Since they were not able to utilize these avenues and form deals, their projects end up getting seriously underfunded.

Indie developers who are developing games exclusively for the next-gen consoles are bound to incur the greatest losses as low sales numbers reflect due to the relatively far-fewer owners of these consoles.

These poor sales not only affect the titles currently in the making, but also the games in development for the future. Poor sales on these titles can result in the cancelation of games planned for the future as well as lead to the closure of these small-time development studios.

Sony are Microsoft are releasing their ninth-generation consoles this holiday. Concerns have been raised regarding the supply chain of electronics which has impacted the hardware availability due to the pandemic originating in China, this may have a direct impact on the availability of these new consoles when they release.

However, the question we really need to be asking is, is there enough demand for a new console in the market a few months from now? Moreover, are consumers in a financial position right now to afford the premium that comes with these next-gen consoles and advanced cutting-edge technology?

If Sony and Microsoft continue to move forward with the decisions which were seemingly taken based on a short-sighted judgment, we could have the most massive flop of a console generation in history.

What Can They Do About It

Unless Sony and Microsoft take strategic steps, they cannot avoid the doom of their near futures. The new consoles have so many odds against them that, releasing them amidst the global pandemic and worldwide economic crisis and expecting consumers to buy them while they ration daily necessities simply doesn’t feel justifiable. It just isn’t an ideal time for them to be launched, and the first step is to accept this reality.

The most viable solution is for the launch of the consoles to be postponed, at least by a year; keeping in mind that even if a vaccine is widely available by the holiday season of this year, it still is going to take months, perhaps years before the economy returns to its normal state.

The delay also means that manufacturers will have more time to improve upon and perfect newer technologies, making these consoles even more powerful and less expensive than what they were initially planned to be. Although this might cause understandable disappointment among gamers, it’s the most practical solution available.

What about the developers who have already spent their time and resources developing games for these new consoles?

A possible alternative they have is developing ports for current-gen systems as opposed to postponing game releases. Although this isn’t possible for every game, developers can make use of the already more powerful versions of current-gen systems available such as the PS4 Pro and the Xbox One X to attain achievable results.

Ports of new games for current-gen consoles reduce the high level of losses for developers as there already is a large population of consumers who already own the console, this helps developers generate revenue in the term of sales and spending money to purchase a new game as opposed to a new console is more feasible in the view of the consumer.

As gaming enthusiasts around the world are in an eager wait to embark upon the journey of the ninth console generation, we should remain in it a little longer, as the wait isn’t over yet.