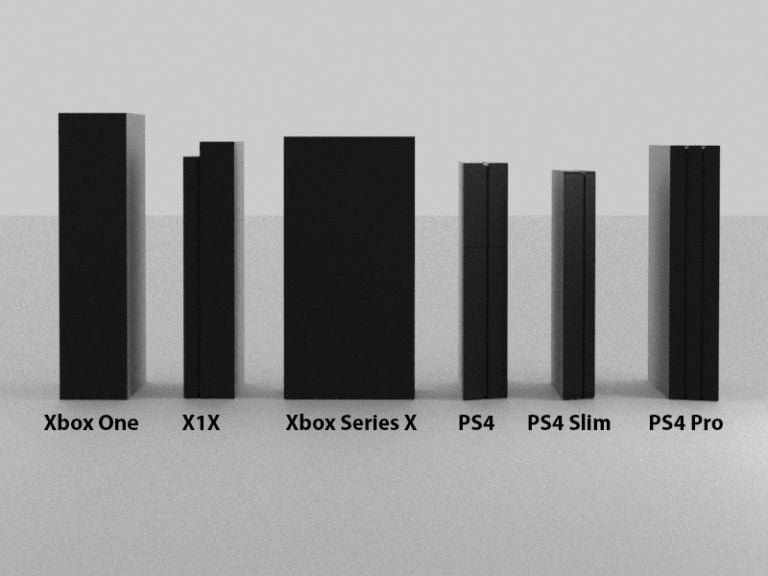 The size of Microsoft’s new Xbox Series X console (formerly Project Scarlett) has been compared to other consoles in a series of images posted on Resetera.

According to the mock-ups, the Series X console is almost twice the size of Microsoft’s current-gen Xbox, the One X. This is most likely to accommodate the console’s single, large fan, which the platform holder has said runs as quietly as possible.

As well as being larger in size, the Xbox Series X – which was officially unveiled at 2019 The Game Awards – is also twice as powerful as the Xbox One X, according to Microsoft.

Xbox boss Phil Spencer has described Series X’s design as “bold and unique” and confirmed that the console supports both vertical and horizontal orientation.

In an interview with Gamespot, Spencer said that the console is designed to be as quiet as possible, with a single, large fan pushing high volumes of air out of the top.

From a technical standpoint, the new Xbox Series X features a new generation CPU and GPU from AMD. The CPU is based on the brand-new Zen 2 architecture found in the critically-acclaimed Ryzen 3000 series of desktop CPUs while the GPU is based on the RDNA architecture found in the new Radeon RX 5000 series of desktop GPUs. The new console will also feature integrated flash storage for significantly faster loading times.

Microsoft hasn’t disclosed a price for the new device, an important detail gamers will no doubt be looking for as they come to decide which new model to get their hands on. The company said the Xbox Series X will be available to buy during the holidays next year.