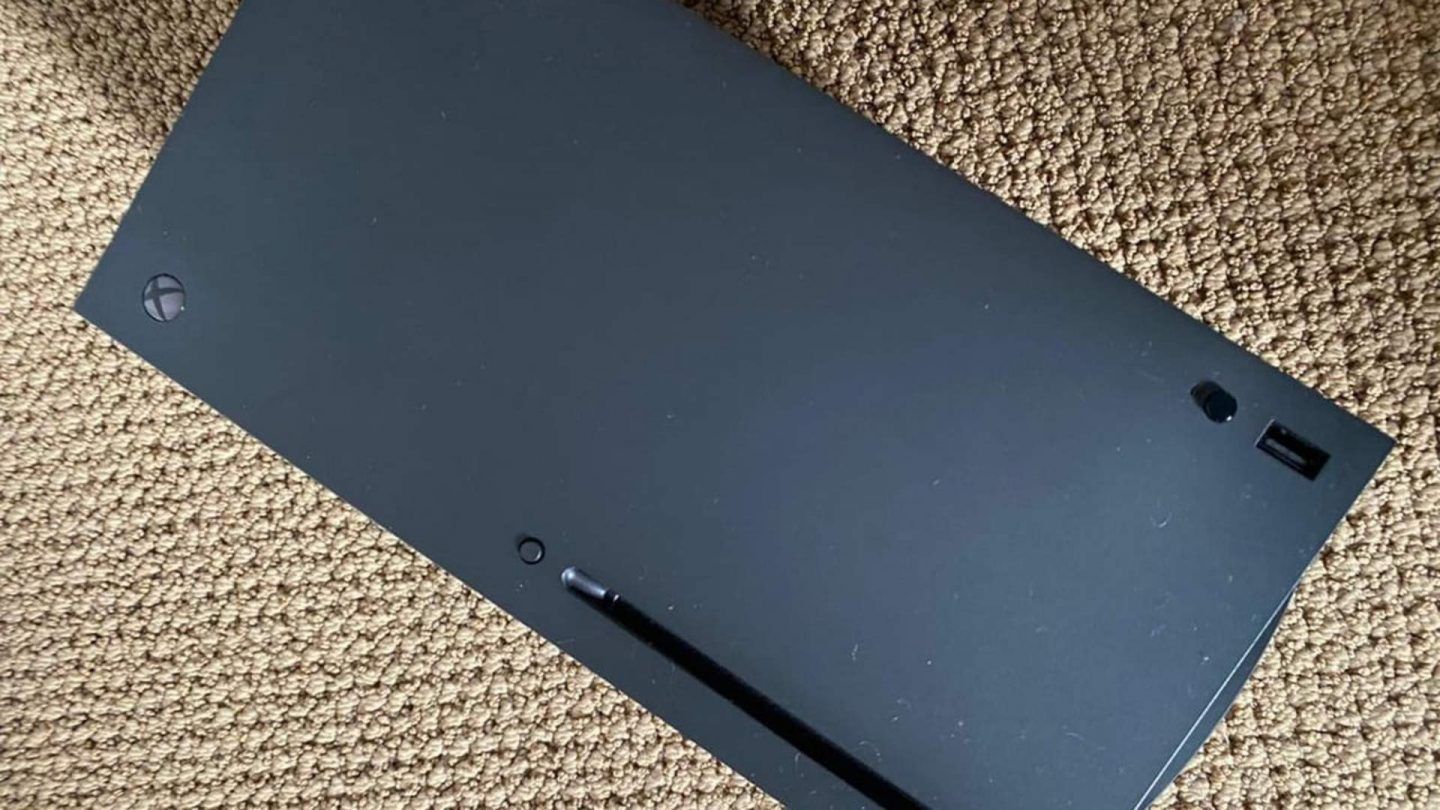 New images of Microsoft’s next-gen console, the Xbox Series X, have leaked on Twitter, revealing a better look at the hardware’s size, design, and series of ports located at the back.

These images show the Xbox Series X lying on its front and back, just after a month from Microsoft’s own official unveiling of the console at the Game Awards in December.

Microsoft surprised everyone with a teaser announcement of its upcoming Xbox Series X late last year. We didn’t get much aside from the name and a render of the case, but now a Twitter user has posted what appear to be real photos of the upcoming game console, complete with a Microsoft serial number on the rear.

The device in these images does indeed look like the one Microsoft showed off at the 2019 Game Awards. It’s a black box about twice as tall as it is wide with a slot on the front, presumably for the disc drive. There’s a small button above the slot that ought to eject discs. In the new leak, we can see a USB-A port and another button on the lower right corner. We’re going to assume that’s the power button.

Sadly, there aren’t any USB-C ports to be found, at least not on this alleged prototype. Interestingly, there’s also a large rectangular port next to the HDMI. It doesn’t look like anything on the current Xbox consoles, suggesting Microsoft is planning some sort of proprietary add-on, possibly a new Kinect or VR headset. It’s also possible this is a debug port that will be removed from the final system.

The back of the leaked console also sports a label identifying it as a prototype that is not for sale. Above that, the label includes the text “Xbox Product Name Placeholder.” It would be reasonably easy to fake all of this, but the serial number on the label adds credibility to the leak. You can enter that number on Microsoft’s website and register it with your account. It appears as a generic device called “Non-specificNon-specific.” It seems like this is a legitimate Microsoft serial number for an unannounced product.

The front has a disc drive in addition to the USB port. The Xbox One X has a very similar line-up, but the Series X is missing the HDMI-in slot, which means it might not allow you to connect a Set-top box to the console.

The Twitter account that posted the images hasn’t provided any additional information about the device, and no one knows who the person might be. They’ve only tweeted a few times in the last few years, usually about Xbox-related news.

Curious to learn more about Xbox Series X? Head over to Xbox section for all confirmed details so far.