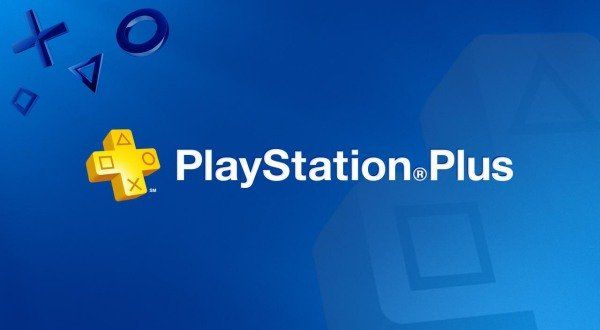 What is PS Plus – the so-called Instant Game Collection?

PS Plus is a monthly subscription service that started in July 2010 which provides access to exclusive content, complimentary games, regular store discounts, and early access to forthcoming games to its members. It launched with five monthly games for the PS3 of which two were also cross-buy for the then Playstation Portable Console – PSP.

This was and still is a great way to build your games library, not only with random games but with some of the best and highest rated AAA Titles as this article will further explain.

How does the PS Plus Subscription look today?

Before we progress to the Games, I would just like to state the current state of PS Plus. In 2013, when Sony launched the PS4, Shuhei Yoshida who was then Sony Worldwide Studios boss said it would have been “absurd” to keep the service free, considering the “large investment of resources” Sony has made towards its online infrastructure.

This move triggered some outcry but if we look at Sony’s Competitors, Microsoft had been charging its users since the Xbox 360 days a $60 whole but the Playstation 3 did not require a PS Plus subscription to play multiplayer games.

Secondly, since March 8th, 2019, PlayStation stopped giving subscribers free PS3 & PS Vita games and focused on releasing two (sometimes three) PS4 games as it has the largest active player base. Although most of the games do require PS Plus for online multiplayer, a considerable part of gamers actually have been using PS Plus for its amazing game releases every month.

10 Best Games/Series Released Through PS Plus Ever

While this is very subjecting in ranking these games to favorite to most tedious, read on with an open mind. I do promise one thing though, every game on this list is a worth your time and a journey to embark on, because the storytelling, the gameplay, the environments, the immersions are some of the best ranked through Metacritic and the blood, sweat, and tears of PlayStation gamers.

In no particular rank, we start off with The Last Of Us Remastered. Meta Critic score of 95, revered by both gamers and industry professionals as probably one of the best video games of the last decade and a pantheon in the top 50 games of all time!

Naughty Dog outdid themselves in this Post Apocalyptic Survival Adventure about hope in destitute times, a story so hard-hitting and realistic, its hard to dissect any negatives on this near-perfect game, listed as a Video Game that is a Must Play.

Forged from the million deaths of hapless souls, rich in lore yet eccentric and mysterious, arrived an unnamed Hunter who faced fantastical entities impossible to defeat where dream and reality faded into oblivion!

Before releasing on PS Plus, This FromSoftware title was already a winner of countless awards and had diligently established itself as a Playstation Exclusive able to drive console unit sales on its strength alone.

If you thought the Dark Souls Series was a punishing yet satisfying experience, Bloodborne evoked all Bram-Stoker Nightmare’s using Victorian-era picturesque setting with an intense, satisfying and rewarding gameplay that was faster than any Dark Souls game before! The PS4 has Bloodborne to thank for reaching 100+ Million units sold to reach the second-best console of all time.

Point & Click games have seen a decline since the 90’s when Sierra & Lucas Arts Games left the industry but thanks to the excellent IndieGaming support by Playstation 4, we have an absolute heart wrenching beautiful Walking Simulator called What Remains Of Edith Finch!

Although the game deals with death depicted in the short stories that follow your journey, it evokes such genuine emotions that you really are invested with the various family members. This is a story-centric game, carefully and exquisitely crafted by developers Giant Sparrow to deliver a somber and humbling experience that unravels intricately in this morbid tale.

Metal Gear Solid visionary and gaming industry legend Hideo Kojima’s last foray before parting ways with Konami was – Metal Gear Solid V: Phantom Pain! The stakes were high and so was the tension, as news of mistreatment and Kojima not being able to issue public statements circulated the interwebs.

MGSV may not be as beloved by the ‘core’ Metal Gear Solid audience but it gathered perfect 10/10 scores critically, thanks in due to its exemplary performance on the PS4 & beautiful striking visuals which showcased the power of the new console! This was truly an amazing MGS game, although not so convoluted and mind-bending a story we expected, Big Boss’s last hurrah was a gameplay masterpiece!

Kratos burst onto the PS3 with such ferocity and searing crisp visuals that it was a true highlight to play, back in 2010!

The remastered version brought everything fans loved! From the brutal onslaught of Olympians at the hand of our hero to the scenic adventures which took the Spartan through a treacherous path.

The remastered version was truly a gem, as a significant amount of new PS4 gamers who now owned this console got to use the Blades of Chaos and Olympus, in 1080P Full HD whereas previous gamers from Playstation got to relive one of the most satisfying video games from last gen.

Uncharted The Nathan Drake Collection (Released on Ps Plus 01/2020)

What can be said of Nathan Drake – adventurer extraordinaire that hasn’t been said before! If you have been living under a rock (Sorry, but you cannot use the I’m a PC/Xbox/Nintendo gamer excuse) then go and buy a PS4 if you had to buy it for just one series!

The Uncharted collection brought the first three Uncharted games onto PS4 in a single disc and what an amazing epic adventure soaked saga this was, and will always be remembered as.

The games have been critically acclaimed with Uncharted 2 mostly touted as one of the best set pieces and location-wise adventure games ever made.

To the ones who want to know what it feels like playing the games, imagine if Indiana Jone’s and James bond were to mesh together and you got to experience breathtaking visuals and locations, combined with intriguing storytelling, characters you connect and feel for, relationships you follow, then that is what one feels when playing an uncharted game!

This is one of the best-remastered games in terms not only by quality but also by Bluepoint Games, putting in all three games in 1 disc! Three games to awe at Sully’s cigar-chomping joke-cracking camaraderie with Nathan Drake, what else can one ask for!

PS PLUS used Nostalgia to bring two extremely beloved titles from the old SEGA days. Streets of Rage 2 was released on the PS Plus 06/2011 & Golden Axe on 07/2011 on the Playstation 3. These titles were in the early days of PS Plus and although not a huge majority of Playstation players have them, they are usually ranked as some of the best Beat-Em-Up titles gamers remember playing and still do play to this day! Both the games are available on the PS4 as well thanks to the recently released Sega Mega Drive Classics on the PS4.

Playstation gamers know that Crash bandicoot has always been the mascot for Playstation and beloved character, especially in the 90s. When it came out on the original Playstation, it was an answer to Nintendo’s Mario & Sega’s Sonic, although its humble beginnings did not win over the majority of fans. However, later on, Crash became a household name with not only gamers, but Playstation using Crash for E3 Marketing, selling toys, TV Commercials and as the face of Playstation.

Crash Team Racing went on to become a favorite Kart Racer for Playstation gamers where even today there is competition between, which Kart racer is the best?! Playstation really surprised gamers when it provided 4 titles free on PS Plus and also for the PS3 which was a boost to its lifeline in those troubling days. Naughty Dogs who were the developers went on to sell the IP and branch into AAA behemoths such as The Last Of Us.

Mass Effect 2 is one of the finest IPs made by Bioware which resonated (still does) with millions of fans worldwide.

Described as a Space Opera Role-Playing RPG, Mass Effect 2 was the perfect sequel and went on to be awarded countless accolades. Critics and Users alike list ME2 as a must-play especially if you like RPG’s and strong NPC connections where decisions made by you, the player, truly impact not only the final outcome but the various side quests and computer-generated characters you come across. No other game has ever felt this connected with secondary characters as ME2 did, especially the loyalty missions.

Mass Effect 2 followed Commander Shepard’s journey to find out more about the Reapers while traversing the Galaxies and universe befriending alien races like very few games could ever provide! The day they remaster the Mass Effect trilogy for current or next-gen console’s would truly be a worthy day!

Mass Effect 2 came late to the PS3 in 2011 and it was very well received. The title did come with some glitches initially but the reception and fervor around it was so great that people could not get enough of it and multiple playthroughs and play styles were embarked on.

Rocket League should be the ‘Featured Game’ of this article! Not only was Rocket League a revolutionary game that forever changed how we look at football & Card, but it was a true PS Plus success story! Before its launch on the PS4, it was a relatively unknown title but since it was a free title on the PS Plus, gamers just could not get enough of it!

PS Plus propelled Psyonix who were Rocket League’s creators to unparalleled heights! The free to play game amassed millions of active users daily and is a testament to how a simple concept like football combined with blazing-fast matchmaking, great music, and very seamless gameplay made it a PS Plus game like no other! A true nod for other games to follow when looking for stardom in the multiplayer online gaming realm!

There you have it, 10 games I believe are an amazing value we’ve got as PS Plus subscribers. What are your favorites from the list? if you would like to add some more which would those be? What does your list look like?