New and refreshed ASUS B450 motherboards based on the AMD Socket AM4 platform offer the latest connectivity and features. 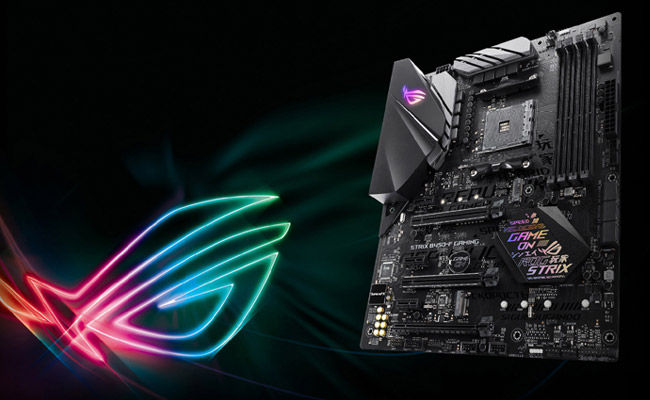 ASUS Middle East today announced a new lineup of B450 motherboards based around the AMD Socket AM4 platform. ASUS is boosting the utility and flexibility of this platform with a refreshed family of B450 motherboards that are tailor-made for PC builders of all skill levels who are looking for great performance at a solid value.

Every refreshed ASUS B450 motherboard now includes the BIOS FlashBack feature for easy firmware upgrades without a processor, and high-capacity firmware chips for the broadest possible AMD Ryzen processor support.

The new ASUS B450 motherboards provide PC builders with more flexibility when configuring their next AMD Ryzen build, with the option to opt for a faster processor, a boosted graphics card, a bigger, future-proof power supply, or quieter, more robust CPU cooling. The motherboards can accommodate the latest Ryzen 3000-series processors, as well as the first- and second-generation Ryzen processors in the AM4 socket.

This refresh benefits almost every existing ASUS B450 motherboard from ROG Strix to Prime, and PC builders will find features and benefits to create a foundation for a solid-value build.

ROG Strix B450-F Gaming II gets quite a boost with this latest refresh. Its VRM now adopts an 8+4 discrete MOS design, with individual VRM components situated between an improved heatsink with high-grade thermal pads and an all-new backplate that’s an integral part of the power-delivery cooling stack.

The four memory slots next to the CPU socket fit up to 128 GB of RAM and can be overclocked to speeds reaching 4400 MHz. The two M.2 sockets allow for plenty of solid-state storage and even NVM Express RAID arrays. The main M.2 socket now boasts an aluminum heatsink to cool high-performance SSDs. While this board doesn’t include built-in WiFi, it does include an E-key M.2 socket for an easy WiFi 6 networking upgrade.

The rear panel features eight USB ports, including two superfast 10 Gbps USB 3.2 Gen 2 Type-A connectors and a USB 3.2 Gen 1 Type-C port. One USB port is dedicated to handle BIOS FlashBack, allowing for a firmware upgrade or reflash with nothing more than a PSU and a USB thumb drive.

This board’s TUF Gaming DNA extends to a pair of PCI Express 3.0 x16 slots, one of which is strengthened by a SafeSlot metal sheath. Large heatsinks atop the VRM keep things cool even under heavy CPU loads. The four DIMM slots can boost compatible DDR4 memory to 4400 MHz, and users can install as much as 128 GB of RAM if required. There are also two M.2 slots for PCIe SSDs.

TUF Gaming B450M-Plus II rounds up the refreshed TUF Gaming B450 lineup. This board is the ideal option for users looking for value and reliability.

Prime B450M-A II pairs comprehensive functionality with a compact and understated design. Its VRM is situated under a heatsink to ensure reliable operation with a broad range of Ryzen CPUs. Four DIMM slots take in up to 128 GB of DDR4 memory, and the M.2 socket is complemented by six SATA connectors for versatile storage configurations.

The back panel boasts upgraded USB 3.2 Gen 2 ports for 10 Gbps transfers, and there’s a USB 3.2 Gen 1 header for fast front-panel connectivity. BIOS FlashBack makes both building around and maintaining this board easy. A 256 MB firmware chip allows for future upgrades and broad CPU support.

Prime B450M-K II sticks to the essentials to deliver a straightforward, reliable motherboard. Budget-friendly builds for general usage, home theater PCs, or even gaming builds can all benefit from this model’s simplicity and affordability.

Its Digi+ VRM powers entry-level to midrange Ryzen CPUs. A total of 64 GB of RAM can go into this board’s two slots, and the main PCIe slot has SafeSlot Core structural reinforcement. One M.2 storage device can be augmented with four more SATA ports.