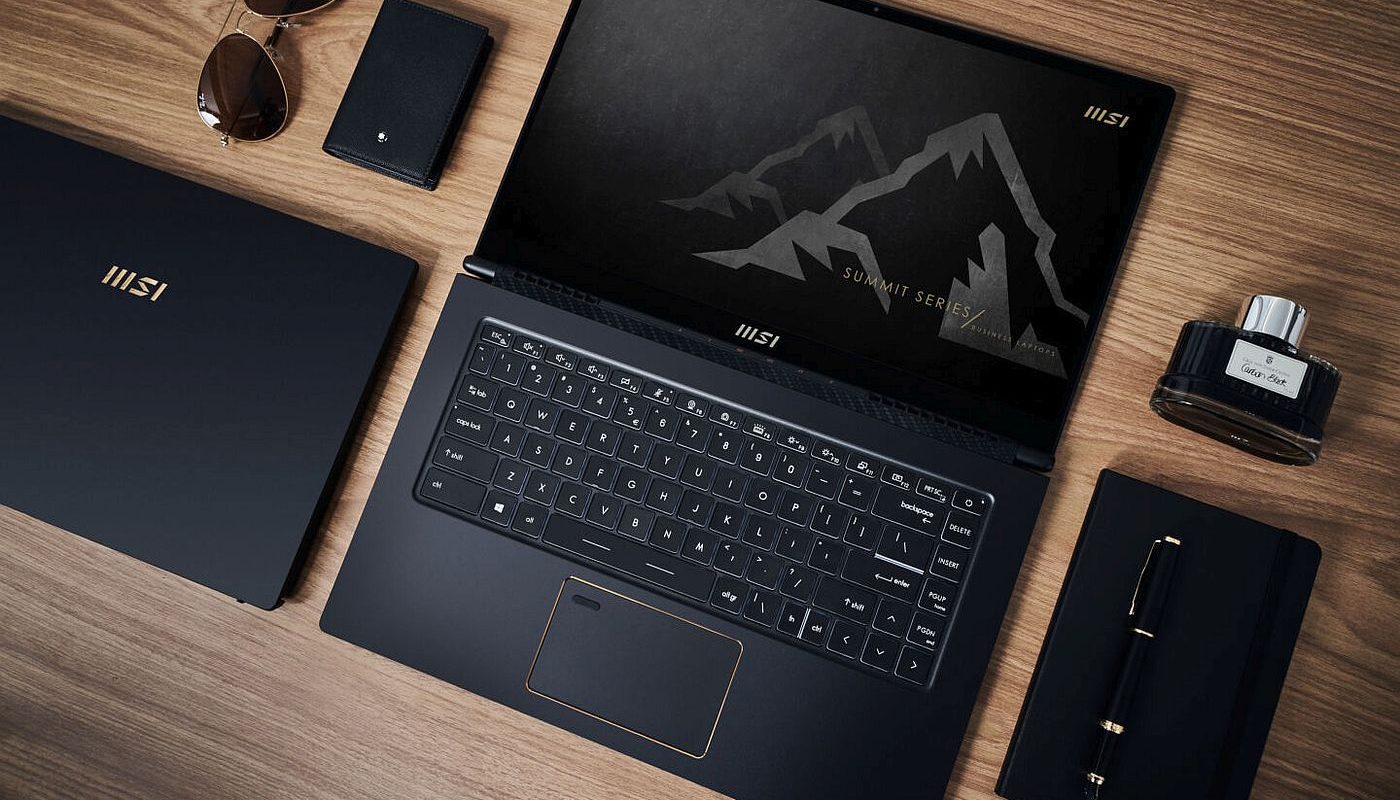 On the 3rd of September, during their Virtual Summit, MSI announced that they will be entering the business and productivity laptop market with purpose-built laptops that feature everything you would need in a work setting. The short but sweet twenty-minute event began with an introduction from Derek Chen, Global Sales & Marketing Director.

Their new business and productivity lineup will comprise of the new MSI Summit series, as well as bringing in the previously launched Prestige and Modern lineup. The Summit series will be their premium business laptop lineup with top-of-the-line specs and purpose-driven features. the Prestige series will be the laptops choice for everyday users and the Modern series will provide value for those with more basic needs.

The summit lineup of laptops is purpose made to make your work life easier. The laptops feature durable aluminium bodies in MSI’s professional ink-black sandblasted finish, clearly aiming for a premium business look.

Being a business laptop, MSI has put effort into providing robust enterprise-grade security through TPM 2.0, it’s an international standard for a secure cryptoprocessor, a dedicated micro-controller designed to secure hardware through integrated cryptographic keys.

Two useful Microsoft technologies are implemented into these laptops as well. Microsoft Autopilot, which lets you customize and automatically deploy every company laptop, which can then auto setup upon login with a company ID; and Microsoft modern standby, enabling an instant on / instant off user experience, similar to smartphones.

The Summit lineup comes in E and B series. The Summit B series, B14 and B15, combines 10+ hours of battery life and an ultra portable form factor which implies its for productivity on the go. The Summit E series, E14 and E15, comes with an additional range of dedicated Nvidia GeForce GTX graphics along with touchscreen support and the aforementioned IR camera that supports Windows Hello via facial recognition.

Also in the E series is the E13 flip, which features a display that ”flips” 360 degrees, which is useful for in-person meetings and discussions. It’s going to be available by the end of 2020, and it’s probably the one to get as it will have everything you need from a work laptop.