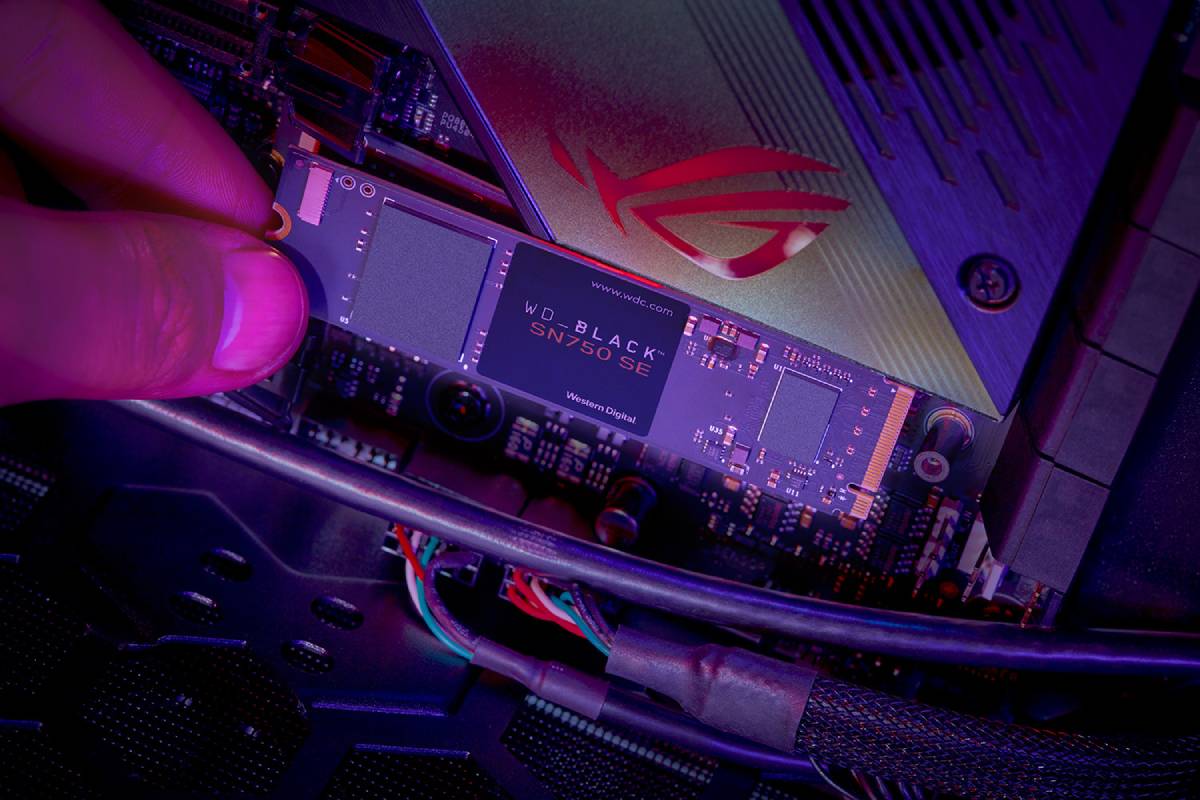 The WD_BLACK SN750 SE NVMe SSD lets enthusiast gamers level up their PC or laptop gaming experience with PCIe Gen4 technology and storage space for more games. This DRAM-less internal storage solution leverages PCIe Gen4 technology (backward compatible with PCIe Gen3) to deliver read speeds of up to 3,600MB/s. With up to 30% less power consumption than its predecessor, laptop gamers can expect longer playtimes between charges. The included WD_BLACK Dashboard monitors the drive’s health while optimizing peak performance in gaming mode even during streaming.

Pricing & Availability: The WD_BLACK SN750 SE NVMe SSD comes in 250GB, 500GB, and 1TB capacities starting at $54.99. Pricing and availability in the Middle East will be announced soon.

For console gamers looking to minimize game load times and get into the game fast, this sleek and compact high-performance SSD comes with read speeds up to 900 MB/s. Gamers can spend more time playing games and less time deleting them with expanded storage for up to 50 games and capacities up to 2TB. Designed to perfectly complement next-gen consoles, the drive has a detachable stand for placement next to a system.

Pricing/Availability: The WD_BLACK D30 Game Drive SSD comes in 500GB, 1TB, and 2TB capacities starting at $89.99. Pricing and availability in the Middle East will be announced soon.

Built to complement the Xbox console gaming experience, this officially-licensed version of the D30 Game Drive SSD offers accelerated speeds and capacity packaged in a compact Xbox-inspired design. Gamers can plug in their drive and quickly begin building their game library or making room on their console for new titles, while also being able to play legacy Xbox One favorites directly from the drive. Included with purchase is a 1-month membership of Xbox Game Pass Ultimate with access to 100+ games on consoles and PC, plus online console multiplayer.

Pricing & Availability: The WD_BLACK D30 Game Drive SSD for Xbox comes in 500GB, 1TB, and 2TB capacities starting at $99.99. Pricing and availability in the Middle East will be announced soon.