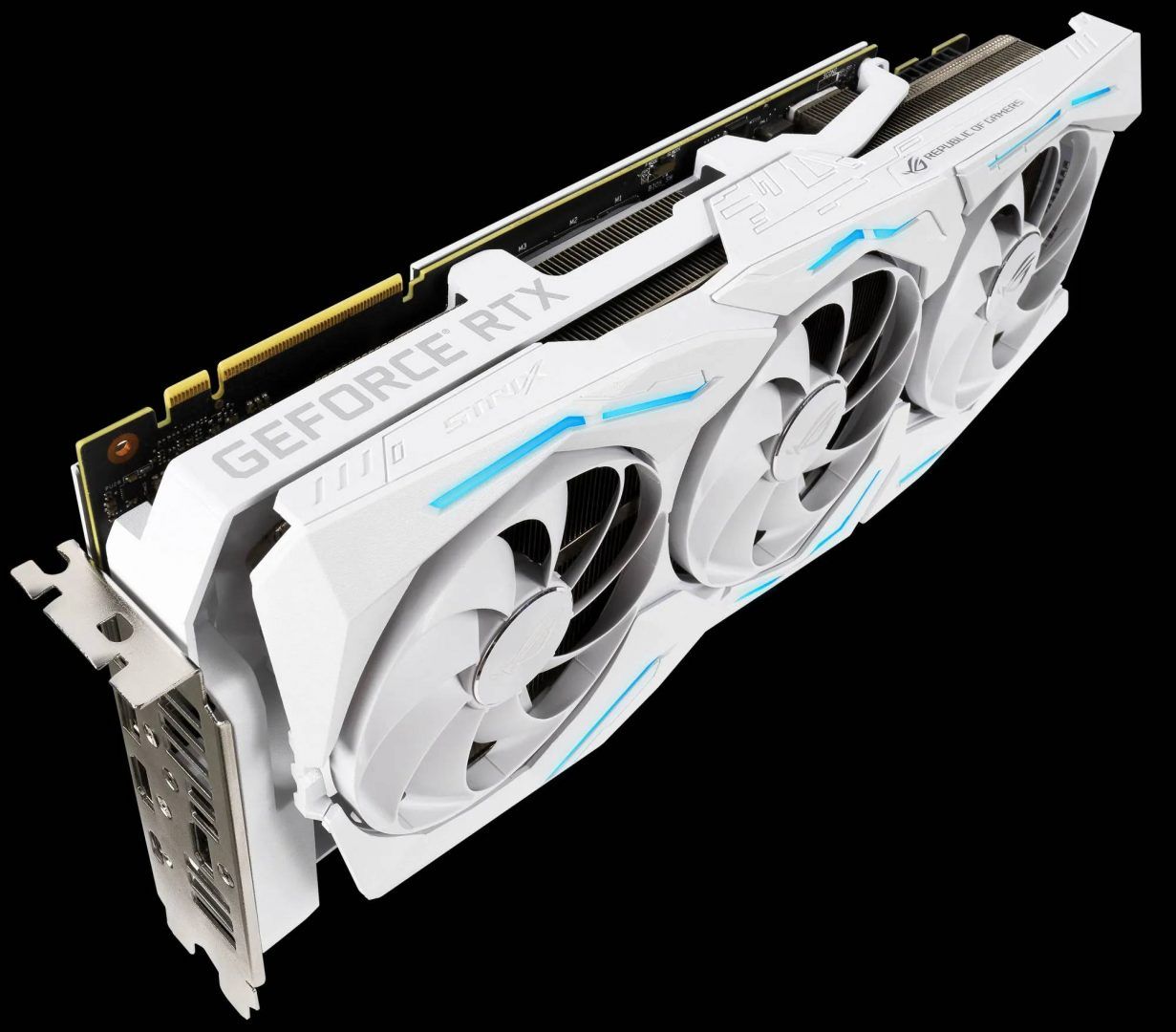 NVIDIA’s highest-performing GPU has been draped in white, including the chassis housing, structural brace, aluminum backplate, and three Axial-tech fans. In addition to the refreshed aesthetic, ROG has performed an aggressive factory overclock of the GPU and memory, boosting performance over the original. The power target has been increased to 300 watts for additional overclocking headroom. With insane performance potential and a clean new design, the White Edition offers a fresh take on premium gaming, just in time for the holiday season.

Aura Sync
The matte white surfaces of the ROG Strix GeForce RTX 2080 Ti White Edition will subtly reflect the color of ambient RGB lighting in the chassis. The card itself also features RGB accents on the front shroud and backplate, and ASUS Aura Sync software enables complete lighting customization — in addition to a large number of patterns and static color options, lighting can change based on temperature or be synchronized with music. Users should look out for the Aura Sync logo when picking parts for their build.