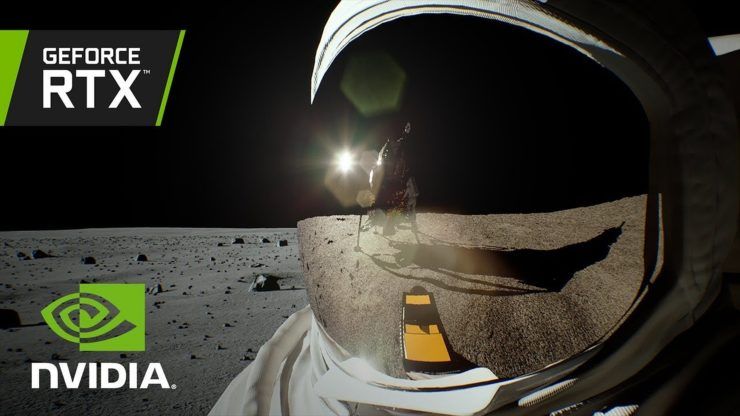 NVIDIA’s GPU Technology Conferences (GTC) bring together the world’s leading graphics and gaming experts, and companies at the forefront of GPU use for science, industry, and other fields.

Today the GTC world tour made a stop in Suzhou, China, where NVIDIA CEO Jensen Huang delivered the keynote address that featured some exciting gaming news.

Minecraft, the world’s best-selling video game with over 176 million copies sold, is getting ray tracing on Windows 10, and it is featured in a new Minecraft video that debuted at the GTC keynote.

Back in November NVIDIA invited some of the world’s top Minecrafters to experience Minecraft with Nvidia RTX. Their creations were exceptional, and you can watch them in this exclusive video below.

Together, NVIDIA, Microsoft Studios and game developer Mojang are adding a form of ray tracing known as path tracing via a patch for the Windows 10 version of the game. With ray tracing, Minecrafters will see a drastic and stunning increase in the image quality of their self-created worlds.

Bright Memory: Infinite: Bright Memory: Episode 1 launched on Steam early 2019 to incredible success, surprising its sole developer, who had made the action game as a demo for a longer series of connected Bright Memory episodes. Now, the newly formed FYQD-Studio Team is redeveloping and remastering Episode 1 by scrapping the episodic model to instead make one longer game: Bright Memory Infinite. At GTC, the latest demo was shown for the project, demonstrating stunning real-time ray-traced effects.

Project X: Project X is a new ray-traced action shooter from popular anime game developer Mihoyo, coming in mid-2021. The game features next-gen anime-style rendering and advanced interactive physics on a spherical open-world planet. Attendees at GTC were able to see the exclusive first-look of how ray tracing will be implemented within the upcoming game.

Convallaria: Convallaria is a fast-paced battle royale game featuring both shooter and action game elements in development by indie developer Loong Force. The game pits 100+ players against each other in large, open-world dungeons filled with colorful fantasy scenes and dreamlike level designs. The game is slated for a 2020 launch and we have the first screenshots of ray tracing enabled in game below.

Ring of Elysium: Tencent’s battle royale shooter Ring of Elysium places players on an island where you will have to do whatever it takes to stay alive. The game is already available to play on Steam, and an update will bring ray tracing to the game.

Boundary: In Boundary, players will traverse a realistic space environment enhanced by ray-tracing for an unprecedented, omnidirectional zero gravity shooting experience. This space shooter, from Surgical Scalpels Studio, will launch on PC next year. For now, enjoy a sneak preview of RTX within the game.

F.I.S.T.: Set in an original dieselpunk world, F.I.S.T. has you take on the role of a heroic rabbit who uses a giant mechanical fist to dispose of his enemies. Developer TiGames has packed this hardcore arcade-style Metroidvania game with multiple weapons, combos, and upgradable skills to help you defeat enemies and tackle the various challenges hidden throughout the sophisticated and interconnected map. Ray tracing will enhance the game’s realistic environments. Check out their latest gameplay trailer.

Xuan-Yuan Sword VII: SOFTSTAR’s Xuan-Yuan Sword series has been delighting Chinese RPG fans since 1990. For its upcoming release, the developer intends to add ray tracing to increase the immersion, image quality, and realism of the game.

The world’s leading publishers have announced that Nvidia RTX ray tracing will be included in their top games. Today ray tracing is built upon a robust ecosystem that includes industry standard application programming interfaces (APIs), support in  popular and private game engines, and implemented in games from the biggest publishers.

Looking to play Nvidia RTX games? Check out our list of best 1080p gaming graphics cards to get in 2019.