At RazerCon 2020, the community got early insights into upcoming Razer product launches. 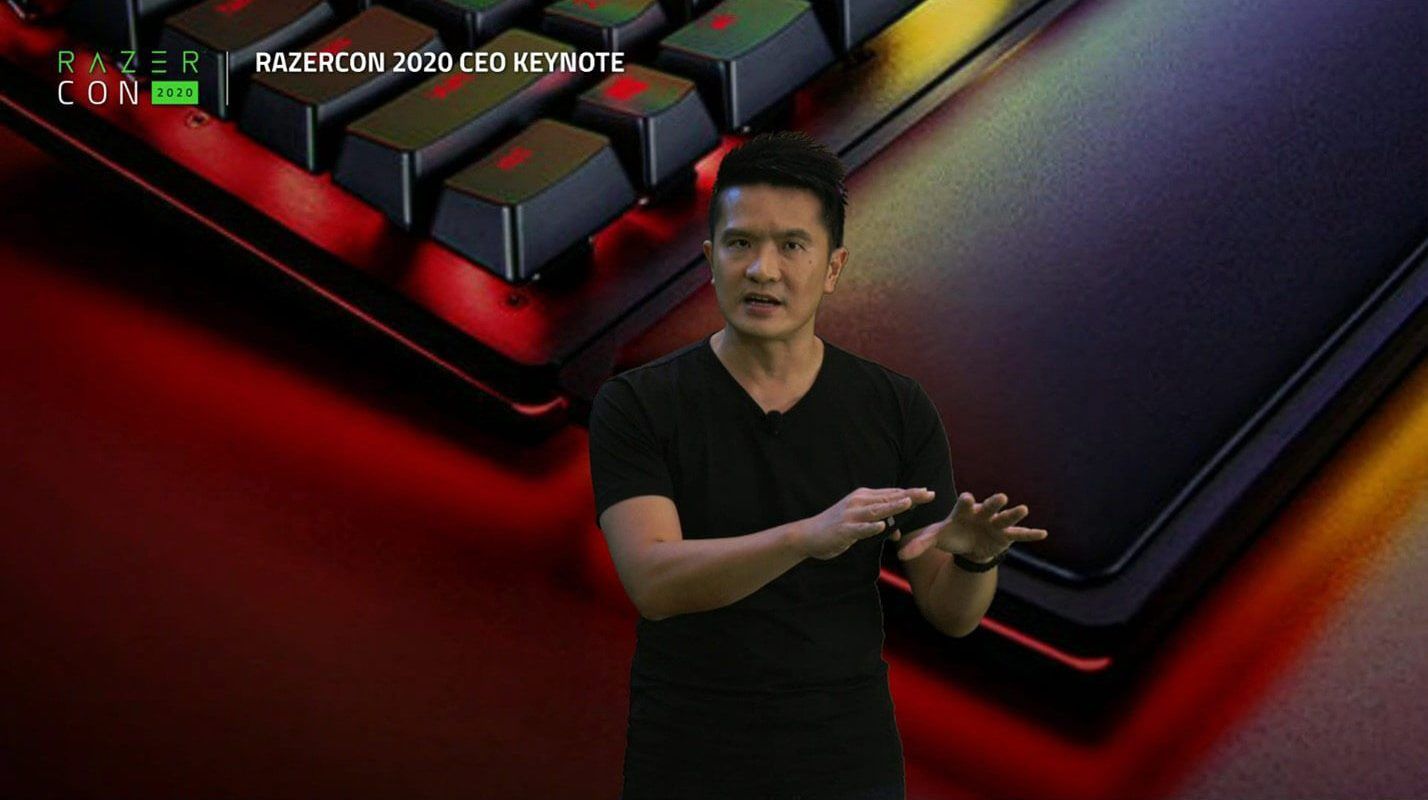 On October 10, fans across the world tuned in to the inaugural RazerCon to watch Razer CEO Min-Liang Tan’s live mixed-reality keynote – a one-of-a-kind interactive session hosted against the iconic Singapore skyline. This was followed by Razer panels on new and unannounced products, and exclusive content showcases and giveaways from game studios such as such as Romero Games, Perfect World Entertainment, Paradox Interactive and technology partners such as Intel, NVIDIA and Western Digital.

Razer also announced its commitment towards a more sustainable future with the #gogreenwithrazer initiative. Under the initiative, Razer will invest in greener offices and products, while also promoting sustainable practices to employees, partners, Razer fans, and the gaming community.

In case you missed RazerCon 2020, you can watch it again here.

Designed from the ground up with comfort, health and style in mind, the all-new Razer Iskur is the first ever gaming chair from Razer, redefining gaming chairs with a one-of-a-kind external lumbar support system, high density foam cushioning, stylish multi-layered synthetic leather and more.

The Iskur was designed to address the need for superior ergonomics in today’s gaming chairs, with its unique external lumbar support system that offers 26 degrees of customization, to help improve gamer posture during long gaming sessions.

The lumbar support system works to reduce aches and strains by supporting the full curvature of the spine, specifically the mid and lower regions where tension builds up the most. The Iskur also features high-density foam cushions for additional support and comfort, a 4D armrest system that can be customized for optimal reach, and a memory foam neck pillow for additional support at the top of the spine.

The Iskur sports a multi-layered black synthetic leather upholstery, accented with Razer green stitching for a pop of color. The signature green Razer triple-headed snake logo adorns the headrest, with Razer’s motto, “For Gamers. By Gamers.” printed along the seat. The cushioning is finished with a distinctive snake scale design to create a unique look that is definitively Razer.

The Tomahawk Gaming Chassis features full tempered glass side panels to showcase the desktop components on one side and the elegant cable management solution on the other. The two panels open from a detachable rear hinge that gives builders the ability to quickly build, change and perfect their system.

The chassis features a matte black metal frame and an all-black front panel accentuated with a luminous Razer green logo. The bottom is lined with Razer Chroma RGB lighting which can be controlled and customized via the Razer Synapse 3 software, providing a more immersive experience for those integrated into the Razer ecosystem.

Engineered with airflow in mind, the Tomahawk Gaming Chassis can support up to a 360mm radiator along the front and up to two 140mm fans along the top for maximum cooling performance. The built-in cable management system keeps unruly cables tucked away and out of sight to prevent the obstruction of air, maximize usable space, and create an overall cleaner aesthetic.

Back and more powerful than ever, the latest iteration of the Razer Blade Stealth 13 features an all-new 11 Gen Intel Core i7 processor, a new Full HD OLED touch display option, and crisp THX Spatial Audio to give on-the-go gamers and creators the premier portable experience.

Paired with the NVIDIA GeForce GTX 1650 Ti, the new Blade Stealth 13 is not only better in productivity but also gaming and video rendering on the go.

For gamers, the Full HD 120Hz display model is the weapon of choice, featuring the highest refresh rate panel available on a 13″ laptop, a matte finish for reduced glare, and full coverage of the SRGB color space.

With its 4 smart amp powered speakers and new THX Spatial Audio application, the new Blade Stealth 13 takes Ultrabook audio to a more immersive level. The new audio app from THX features a variety of audio profiles for any use case from gaming, to music, to movies. The app also offers a customizable EQ profile so users can create their own audio profile perfect for their ears.

Razer answers the call for a sleek and compact desktop microphone with the all-new Razer Seiren Mini, Razer’s smallest USB powered microphone to date. The Seiren Mini offers pro grade sound in an ultra-compact form factor and variety of colors including Razer Black, Quartz Pink, and Mercury White to fit any aesthetic.

Despite its diminutive size, the Seiren Mini punches above its weight with a supercardioid pickup pattern that helps reduce unwanted ambient noise, paired with a finely tuned 14mm condenser capsule to broadcast crisp and accurate sound. To ensure vocal clarity in lively environments, the Seiren Mini comes with a built-in shock mount to reduce vibrations from outside sources and a heavy-duty tilting stand to maintain stability and positional accuracy.

Crafted with convenience in mind, the Seiren Mini weighs less than a pound and stands a mere 6.42 inches tall, making it light enough to move to any location and small enough to fit on the most cramped desktops. The microphone also features a simple plug and play design allowing users to jump into streaming or voice conferencing through a single USB connection.

A new take on a fan favorite, the all-new Razer Kraken BT Kitty Edition allows fans to take their meow factor anywhere and everywhere. Matching style with functionality, the new headset cuts the cord with Bluetooth 5.0 connectivity while packing booming 40mm drivers, Razer Chroma RGB and up to 50 hours of battery life.

The headset also features a built-in microphone with beamforming technology to block out ambient noise and capture the user’s voice clearly and precisely.

Rocking the signature kitty ear design, the Kraken BT Kitty Edition is available in a stylish Quartz Pink finish, accented with Mercury White padding on the headband and earcups. The earcups and kitty ears are complete with Razer Chroma RGB, which responds to apps and notifications and can also be customized through the Razer Audio App to compliment any style.

To help natively control the growing list of connectable devices, Razer also announced the first ever Razer Edition motherboards in collaboration with ASRock. The new motherboards are Razer-designed versions of the ASRock Taichi, offering a unique design and support for either X570 or B550 chipsets.

The boards are the first of their kind, offering native Razer Chroma RGB support and universal compatibility with thousands of addressable RGB (ARGB) components. DIY PC builders with multiple ARGB components can now easily sync every component with their Razer peripherals with just the Razer Synapse 3 app.

What began as a sketch by a Razer designer quickly became one of the most requested designs, with dozens of fan art submissions, homemade plushies, and even tattoos done in its honor. Sneki Snek has dominated the hearts and minds of fans everywhere and now every fan can have their very own.

Alongside the Sneki Snek plushie, Razer announced their collaboration with Conservation International, a global environmental organization whose mission is to empower societies to responsibly and sustainably care for nature and the wellbeing of humanity. To help achieve this meaningful vision, Razer has called upon the fans and the powers of Sneki Snek to help save at least 100,000 trees, or approximately 400 acres of forests, which endangered species depend on to survive.