"Our motto for Ghost’s combat is Mud, Blood, and Steel; it’s gritty, visceral, and above all lethal" 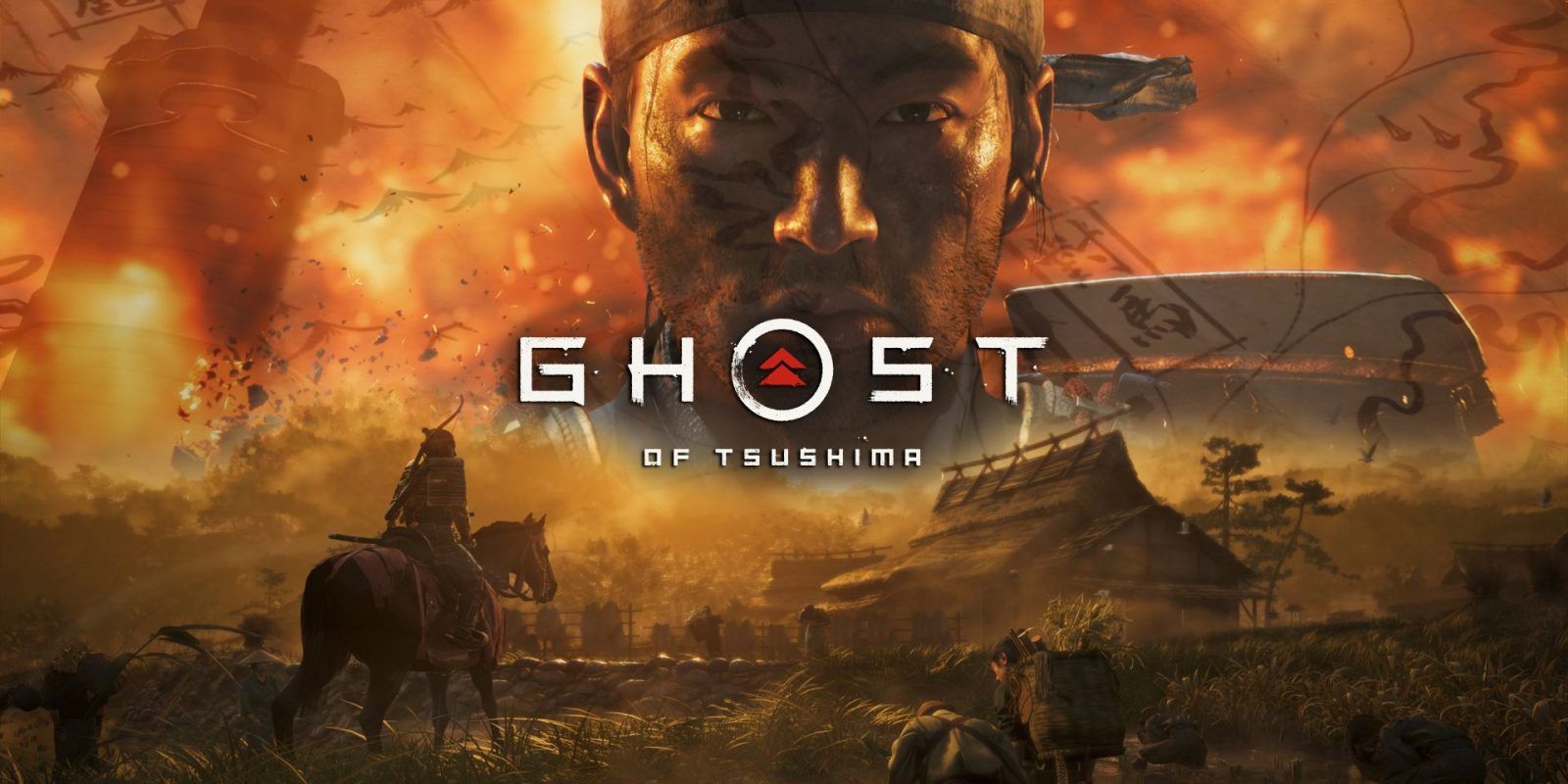 As we patiently await Sony’s upcoming PS5 Reveal June 5th 12:00 am Dubai time, Playstation Blog US has revealed some exciting details for Ghost Of Tsushima – also known as GOT. Set in Japan, taking place during the First Mongol Invasion, GOT is being developed by Sucker Punch Productions and set to release on July 19th, 2020.

Building upon the State Of Play which took place on May 14th and showed us over 18 minutes of gameplay, Sucker Punch Production sat down with Playstation to answer questions posed by the twitter world, and here are some of our favorite exciting new details for the readers.

The Type Of In-Game Weapons Revealed

Jin’s Katana will be the most important weapon as it is with him from the beginning of the game to the end. The katana is also integral to his playstyle as he is a Samurai and it serves his purpose best with it although building up his arsenal is also Sakai blade which probably is upgradeable as Jin’s Journey Continue’s.

As we now Jin adopts another playstyle from the gameplay State of Play, he can use the ‘Ghost’ Playstyle which can be more sneaky, covert, and lethal. How players adopt and integrate the ‘Ghost’ methods depends on the player to player but using a Bow & throwable Kunai will bolster his attack prowess. Finally, Smoke-Bombs can also be implemented.

Wind as a Guiding Mechanism

It both had historical connections as well as film reference overlap

It seems Sucker Punch wanted to eliminate the usual Waypoint system and to give a true feeling and meaning to open-world exploration or a sense of wilderness and or open fields, which was fulfilled by incorporating Wind. The amazing fact is that the developers claim the ‘wind’ mechanism actually works in pointing towards the mission, goals in the game. Interestingly wind not only helps as a location and mission guide but to find hidden objects as well.

GOT will not have a Karma system as Sucker Punch’s previous games such as Infamous had. The developers have stressed there is one story of Jin that they are out to tell and therefore they omitted the need for a good or bad direction. Expanding on that thought, the game is not completely linear but there are choices on which missions to play, which encounters to avoid or go for bringing more versatility to the outcome of every player’s journey in Tsushima.

The way players approach a fight seems to be the point Sucker Punch is focusing on. They cite the Shipyard scene that played out in the Stae Of Play was taking a stealth option was on way but there are many other methods which could be outright slicing and dicing or a mix of stealth and showdowns.

The developers further delve deeper by saying how important it is for the players to experience Jin’s development, he started off as a strong Samurai with his skillset and fighting style but it evolves as he employs more of the Ghost playstyle using ambush, stealth, intimidation so although this is not a directly good or bad karma system, it shows the gameplay is much more diverse and player dependent on the outcome.

How Many Levels Of Difficulty Exist? How Does it impact Enemy Aggressions?

Three difficulty levels – Easy, Normal & Hard are confirmed. On hard the game is said to be fair but the enemies are quite challenging. “Mongol’s are very aggressive and players have to pull off extraordinary moves”. Easy being compared to a more relaxed difficulty where players can focus on story and exploration while being tested occasionally by opponents.

Enemy health does not change so even at hard the health bar will not increase as confirmed by the developers. The combat is based on skill as stressed by Sucker Punch.

Will enemies be more aggressive in the final game compared to what has been shown?

Contrary to what some viewers thought that Jin seemed overpowered or cutting through enemies with relative ease, it actually is on the skill level and learning to be proficient with the katana and other tactics as confirmed by the developers. Enemies are equally as lethal and capable of quickly killing our protagonist.

The gameplay shown was by one of the test leads who have mastered Jin’s techniques and for players starting in the game, it will be a different story until they have become more intuned with the gameplay mechanics and learning the skill, timing, execution & playstyle.

Are there villages or towns? Side missions? Content besides the main story?

The game does have a lot of side content in the shape of meeting new vendors, exploring new areas, and encountering more people who can give more side missions. It is up to the player whether he wants to continue onto the main story only or focus on side missions.

Sucker Punch explains how embarking on some side missions gives a more wholesome or a more involved perspective as helping some of the other people will reveal Samurai who are involved in a similar fight against the invaders.

How long is the game?

Not giving us a definitive answer, as an estimate Sucker Punch reveal who playtesters spent a whole week and still could not finish the game. It seems the game has a decent amount of exploration as the developers seem to have kept in mind how a lot of players get attached to these in-game worlds. The inclusion of collectibles, side missions, shrines, a lot of characters to get to know, then this game seems to have it all in abundance, although we can comment more once it’s out.

“Our motto for Ghost’s combat is Mud, Blood, and Steel; it’s gritty, visceral, and above all lethal”

When asked if players could ‘chop heads off’ or ‘cut a body’ in half Sucker Punch said you cannot as a player target a specific body part. As disappointing as it sounds for some, it should be exciting to hear this motto of Mud Blood & steel which shows how dark and violent the gameplay philosophy lies at.

Furthermore, staying true to sword fights are in real life, the developers point how it’s not about slashes in GOT, but less amount of attacks are need to kill enemies and vice versa, a very challenging environment to survive in.

Before we round off the article, there are other smaller details like the main sword that Jin has it can be improved in terms of stats and appearance. Although Jin will not be able to wield the dual swords as he stays central to his samurai training roots of always holding the sword with one hand but is able to use throwables.

In terms of playable characters, it is confirmed In is the only one stressed by the developers throughout the interview. I think the interview was pretty insightful and we got to know a lot more details than a video could unveil and it just gives more information on Sucker Productions’ upcoming new game.

Ghost of Tsushima seems fresh out of your Samurai movies of the past with strong emphasis on open world, blink of an eye blistering fast combat at times, stealth elements for the more patient and strategic player while bringing a stunning setting that might not appeal to all gamers,but given what we have seen so far, it looks like a hell of a game! GOT releases July 17th 2020 eclusively on the PS4.