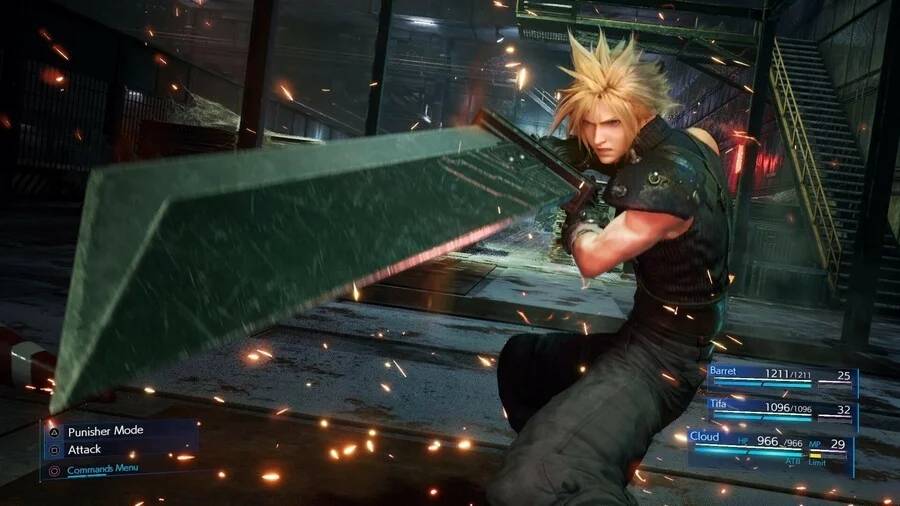 The PlayStation Store art for the demo has been leaked via Gamestat — a site which tracks product listings that are added to Sony’s storefront. No Final Fantasy VII remake demo has been officially announced by Square Enix yet. That said, gamstat already managed to ‘leak’ the Resident Evil 3 remake ahead of CAPCOM’s announcement during the latest State of Play. If gamstat pulled the listing from the PSN API, chances are it’s real.

Aaccording to the data this demo will be available worldwide when it is released. There’s no information on what content would be in the FFVII Remake demo, but it is likely to be what has been shown during events which is the bombing mission.

Final Fantasy VII Remake is due to release on March 3rd, 2020 for Sony’s PlayStation 4 console, although a release on other platforms such as Xbox and PC is expected to hit once the one year long timed exclusivity ends. It should, however, be noted that this isn’t the entirety of the original Final Fantasy VII game; it would be more correct to label it Part I, or something along those lines.

A spectacular reimagining of one of the most visionary games ever, Final Fantasy VII remake rebuilds and expands the legendary RPG for today. The first entry in a multi part saga, delivering a level of depth inconceivable for the original. Mind blowing story, unforgettable characters, epic battles and technical excellence collide. The world has fallen under the control of the Shinra electric power company, a shadowy corporation controlling the planet’s very life force as mako energy. In the sprawling city of Midgar, an anti shinra organization calling themselves Avalanche have stepped up their resistance. Cloud Strife, a former member of Shinra’s Elite soldier unit now turned mercenary, lends his aid to the group, unaware of the epic consequences that await him.

Final Fantasy VII Remake is very likely going multiplatform after updated box artwork showed a sticker saying “Play it first on PS4” with a timed exclusive date of up until March 3rd 2021. We also know that Final Fantasy VII Remake Part 2 is already in development, a fact confirmed by Tetsuya Nomura in a meet the team article put out by Square Enix.

With FFVII Remake set to launch in just a few short months and taking into account the fact the listing comes from data managed and published by PlayStation, a demo Final Fantasy VII Remake is more or less guaranteed.