Why the Prince of Persia remake didn’t quite land

Prince of Persia: Sands of Time remake was announced at the September Ubisoft Forward event. Read to know why fans aren't impressed. 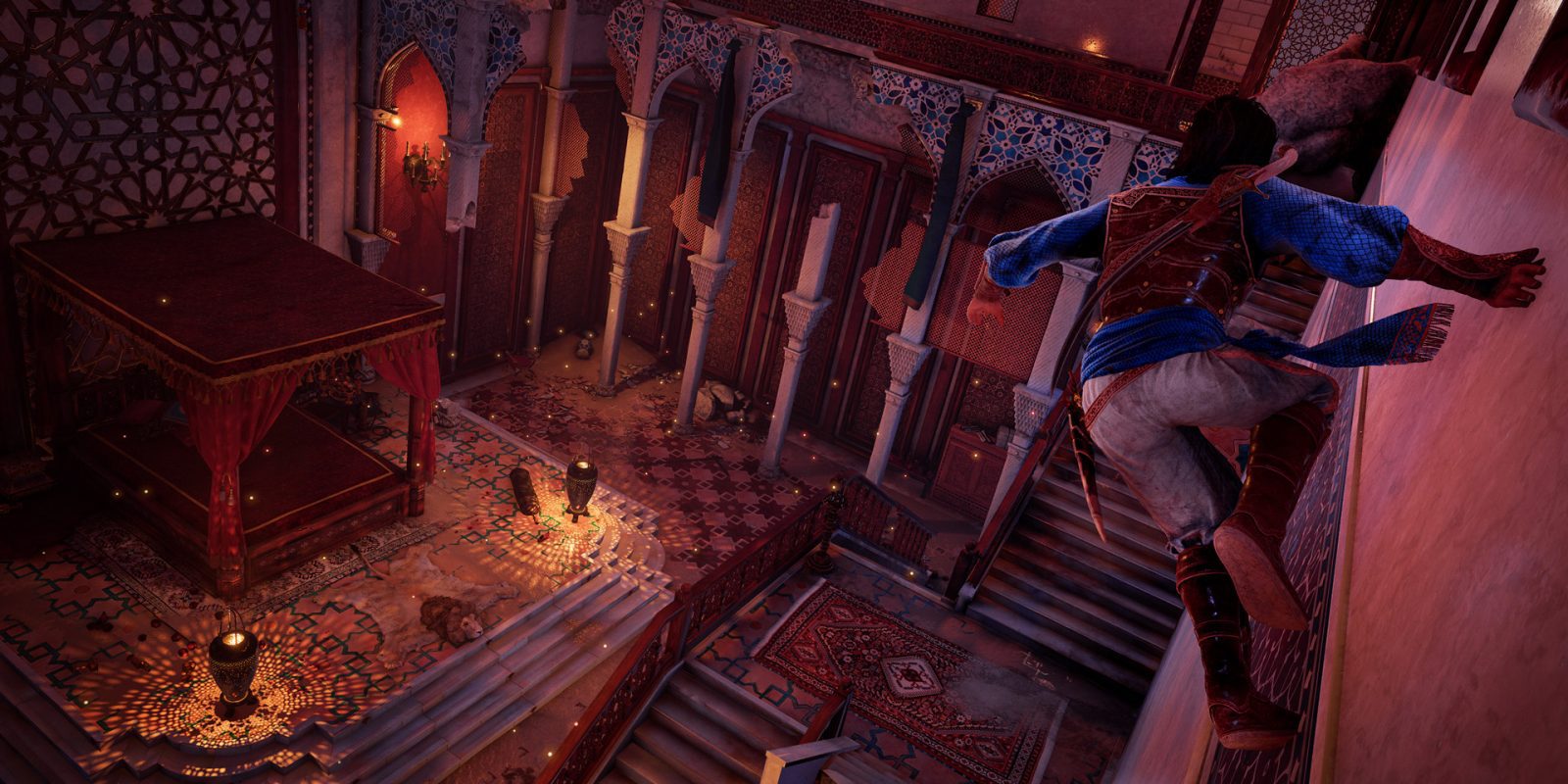 Before Ubisoft was synonymous with historical assassins and vengeful hackers, they gave us some of the best action-platformers of the PS2-era. The Prince of Persia games were a big deal in the early 2000s and gamers have been itching for a comeback since the series saw its decline since the 2010s.

After almost a whole decade, players thought that their cries had finally been answered when rumours that a remake would be unveiled at Ubisoft’s next event started spreading on the internet. This had been the first mention of the revival of the franchise since the leaked gameplay footage for a cancelled title sprung up in 2012 on YouTube.

With the huge success of remakes like Resident Evil 2 and Final Fantasy VII, what better time would there be for Ubisoft to remake one of these classic titles. They get to cash in on the gamers’ nostalgia and the fans get what they’ve been wanting for years, everybody wins right? *bzz* Wrong.

The game was announced at September’s Ubisoft Forward event and contrary to Ubisoft’s expectations, the reveal was a bust. This caused an uproar on social media, with plenty of dissatisfied fans and a boatload of memes. After watching the first trailer, it’s not hard to see why.

Firstly, let’s address the elephant in the room: the graphics look awfully dated. Now we’re not saying that realistic visuals are the highest marker of judging the quality of a game, for instance the 2008 Prince of Persia game’s charming comic-book-art-style was definitely one of its greatest strengths.

However, after the trailer dropped majority of the players have already deemed the graphics as not acceptable by 2020 standards, and it’s hard to argue otherwise. They pale in comparison to the visuals of games from even three years ago such as Uncharted: The Lost Legacy, and even in-house projects like Assassin’s Creed: Origins despite using the same AnvilNext 2.0 engine.

The comparisons with the original game, which is seventeen years old at this point, is anything but “breathtaking”. Keep in mind that this is a game that supports Smart Delivery and free upgrades to next-gen.

The second concern is that the remake lacks character. While remaking any game successfully, the most integral aspect is to capture the original’s essence well.

Yes, remakes are also meant to introduce a beloved franchise to newer audiences, but they’ve got to primarily resonate with the veteran fans who built up its legacy. Spiderman’s Yuri Lowenthal reprises his role as the Prince and we’re sure he’ll deliver greatly, but what people are worried about is the rest of the cast which includes Guidestone’s award-winning Supinder Wraich as Farah.

I think that we should be giving them the benefit of the doubt, but so far the fans are not pleased with what they saw in the trailer. Fans didn’t experience those familiar beats, and the lack of any wow factor doesn’t make them want to delve right into it.

Finally, the game feels rushed. According to NDTV, this remake has been under development for the past two years at their two Indian studios in Mumbai and Pune.

However, due to the pandemic their offices in India have been shut down since March and they’ve had to adapt to working-from-home during these crucial months until the game’s final release.

There have been also rumours suggesting that the team had to work with tight deadlines and a scanty budget. The reason for massive disappointment is because fans know that Ubisoft is very well capable of giving Prince the Resident Evil 2 treatment, and have already given us some of the most massive games with mind-blowing visuals in the past; it feels like they haven’t put their best foot forward with this remake.

All this could severely affect the final product and has led to them losing any optimism they had for a grand revival of the franchise.

Now we’ve all seen the memes and the criticism towards it, but on the flip side there are fans that are genuinely ecstatic about the announcement. They think that regardless of how the visuals look, they’re grateful to Ubisoft for listening to them and, working to give the people what they’ve been asking for years.

The backlash got too big to the point that the developers could no longer simply stay silent and ignore it. In a recent interview with The Mako Reactor, Ubisoft India spoke up regarding the concerns regarding their remake.

First of all, the visuals look that way because it’s a stylistic choice made by the Ubisoft India team. They felt the need to redefine the visual identity of the game because they wanted to adopt a style that would be best to tell this fantasy story.

They wanted to respect the legacy of this iconic character and world and give it a unique visual treatment to make it stand out from other games in the series. Their hearts are clearly in the right place.

Secondly, there were no budget or time constraints. They were well supplied and had sufficient time to bring their vision to life with plenty of support from experts at Ubisoft throughout the development period. What was an obstacle however: the Anvil Engine, their in-house engine developed for the Assassin’s Creed games.

Both the games are clearly very different, and this game has a lot of complex mechanics such as rewinding time. This cannot have been easy to develop with an engine that is primarily meant for open-world games.

“Anvil engine is mainly for open-world games, The game we have is a short, linear game and not an open-world game so there are many challenges we have to be wary of.”

We think that it’s important to remember that the visuals we’ve seen so far is only the alpha and not the final footage. Looking back, a lot of games have seen a significant improvement with the final product as compared to initial demos and reveals, Assassin’s Creed: Valhalla and Marvel’s Avengers being prime examples.

We’re yet to see any actual gameplay and there’s still time for them to make improvements after getting all the feedback. All we’re saying is, let’s keep an open mind and hope the game delivers a captivating experience like the original did all those years ago.

The remake is set to release on the 21st of January, 2021 on the PlayStation 4, Xbox One and PC. What’s great is that, Ubisoft is offering free upgrades to the next-gen versions for both the PlayStation 5 and Xbox Series X versions. The pre-order for the game has been available since September 10. To pre-order the game, click here.

For more on Ubisoft, click here. To stay up with all the latest gaming news, and for everything else related to gadgets and gaming, consider signing up for our newsletter.