The Apple event on October 13 2020 kicked off at 9PM and saw the announcement of five new products. Read our recap of everything announced. 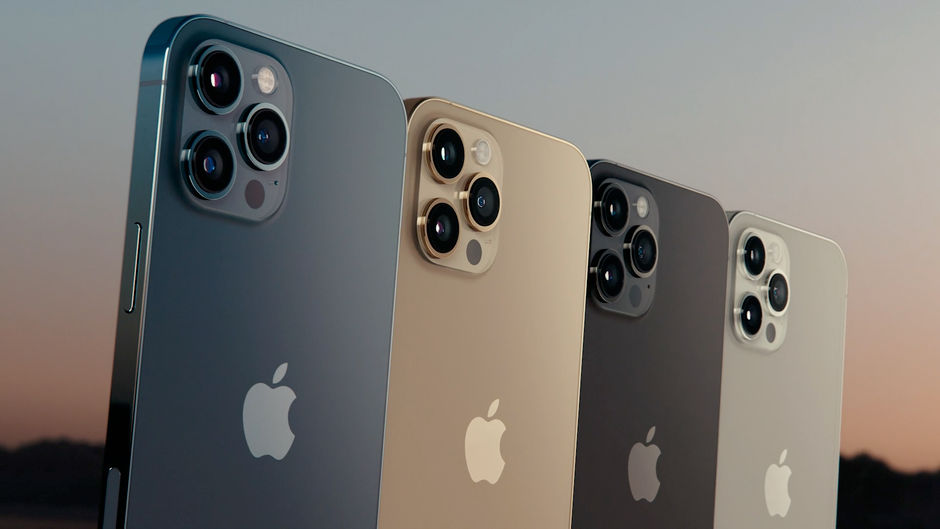 Apple seems to be following a new trend here, we’re now seeing a more regular release schedules with excellent, timely digital events that reveal what’s in store for us. This month’s event kicked off at 9PM yesterday and saw the announcement of five new products including the HomePod Mini, iPhone 12, iPhone 12 Mini, iPhone 12 Pro and iPhone 12 Pro Max.

However, if you don’t have an hour to watch the whole event, don’t worry we’ve got you covered. Here’s our recap of everything announced at the October 13 Apple Event:

Wrapped in a seamless mesh fabric, the introductory reveal of the event, the HomePod Mini is specially designed for acoustic performance.

On top of it is a backlit touch surface that illuminates when you invoke Siri and has controls for pause/play and volume controls. It also has a full range dynamic driver that delivers high output while maintaining minimal distortion and delivers amazing bass response. It uses an acoustic waveguide to deliver a consistent 360° sound experience.

The integrated Apple S5 chip enables Computational Audio: before you hear the first note, the Mini analyzes the unique characteristics of music and applying complex tuning models to optimize loudness, adjust the dynamic range and control the movement of drivers and passive radiators in real time.

Multiple HomePod Mini speakers can be played in perfect sync across your entire home. With the U1 ultrawide band introduced in the iPhone last year, the mini can understand when you bring it close and gives visual, audible and haptic effects.

You’ll be able use apps and services such as Apple Music, Podcasts, iHeartRADIO, Radio.com, TuneIn, Pandora and Amazon Music. You can use Siri in Mini to send messages, check your calendar and weather, make a call or even find your iPhone.

The new HomePod Mini is available in White and Space Grey and starts at $99. The pre-orders begin on the 6th of November, will be available to consumers on the 16th of the same. It will not be available in UAE at launch.

The star of the show, iPhone 12 was unveiled in typical Apple fashion. Although not fundamentally different from last year’s iPhone. It showcases a gorgeous iPhone 5s-inspired design, featuring a 6.1-inch higher resolution display withsmaller borders and two times more pixels and peak brightness for HDR content than last year’s model. The Ceramic Shield cover glass used to protect it is the toughest in the industry.

It has custom 5G antennas and radio components, including most 5G bands on any smartphone ever. When the iPhone doesn’t need 5G speeds, it automatically uses LTE to save battery.

Apple’s A14 Bionic chip is the fastest chip ever on a smartphone and the iPhone 12 is the first-smartphone-ever in the world built on 5nm process technology. It is powered by a 6-core CPU, which is the fastest out of any smartphone currently in the market, 4-core GPU and a 16-core neural engine.

The iPhone 12 features a 12MP Ultrawide camera with 120° field of view, a 12MP Wide camera with optical image stabilization, 100% focus pixels and Smart HDR 3. Night mode is even better this year and offered on all cameras including the one on front, as well as in time-lapse video recording.

Announced right after was the iPhone 12 Mini which hosts the same great features as its large counterpart such as the Super Retina XDR display, HDR and Dolby Vision, albeit in a much smaller form factor. The 5.4-inch display will easily fit in your pocket.

The iPhone 12 Mini comes in Black, White, Green, Blue and Product (RED) colours and starts at $699 (AED 2999). The pre-orders begin on the 6th of November, will be available to consumers on the 16th of the same.

Apple brings Deep Fusion to all the cameras on the Pro including the front-facing camera. It includes an Ultrawide, Wide and Telephoto lens, as well as sensor shift which helps in improving optical image stabilization. It now starts with a base storage of 128GB as compared to last year’s 64GB.

The iPhone 12 Pro comes in Silver, Graphite, Gold, Pacific and Blue colours and starts at $999 (AED 4199). The pre-orders begin on the 6th of October, will be available to consumers on the 23rd of the same.

The iPhone 12 Pro Max comes in Silver, Graphite, Gold, Pacific and Blue colours and starts at $1099 (AED 4699). The pre-orders begin on the 6th of November, will be available to consumers on the 16th of the same.

It is to be noted that with the introduction of these new models, older iPhone models such as the iPhone 11, SE and XR have gotten a price reduction whereas, iPhone 11 Pro and 11 Pro Max are no longer listed on Apple’s website.

All the new iPhones have a unique coil built into them that now accommodates magnets and us even compatible with existing Qi chargers for wireless charging. The improved shielding design safely provides up to 15W for faster charging.

A new MagSafe Duo charger lets you charge both your iPhone and Apple Watch wirelessly and folds easily making them extremely portable and convenient for travel.

The iPhone 12 comes in Black, White, Green, Blue and Product (RED) colours and starts at $799 (AED 3399). The pre-orders begin on the 6th of October, will be available to consumers on the 23rd of the same.

Apple ProRaw combines the control of shooting in Raw with the power of Apple’s computational photography. It allows 10-bit HDR recording and is the first camera in the world to record in Dolby Vision HDR in 4K 60-frames-per-second.

The LiDAR scanner enables object and room scanning, photo and video effects and precise placement of AR objects. With LiDAR’s ability to see in the dark, used for autofocus in low-light scenes.

Apple also surprisingly announced that all new iPhone models will be shipped without a power adapter and lightning EarPods. The explanation given for this is that they’re doing it to reduce carbon footprints and that these are two accessories that go unused with iPhone purchases.

While all of us at GDGT are completely for reducing carbon footprints for the betterment of our environment, we cannot deny the fact that this is just a marketing tactic to disguise their predatory business practices. This forces consumers to purchase EarPods and the battery adapter as additional accessories.

This is shift is extremely unfavourable to the consumers considering how you cannot practical use a phone without the basic adapter for power. If the real reason was to reduce waste for the environment, they could offer them both for free with the purchase of an iPhone and let the customer make the choice regarding whether they need it. This move warrants a boycott to discourage Apple or any other company from adopting such vulturine practices in the future.

The Future of Apple

Apple had announced earlier at their WWDC event back in June that the first Apple Silicon-based Macs will be available this year.

While many were expecting Apple to unveil them at their event yesterday, it was clear that the iPhone 12 were yesterday’s main focus. It is likely that there will be another event held next month to showcase them and that they will most likely be available to the public by December.

Rumours suggest that the first Apple Silicon-based Mac maybe a MacBook Pro, a 24-inch iMac or the revival of the 12-inch MacBook. We can only wait to see what exciting and revolutionary Macs Apple has in store for us next month.