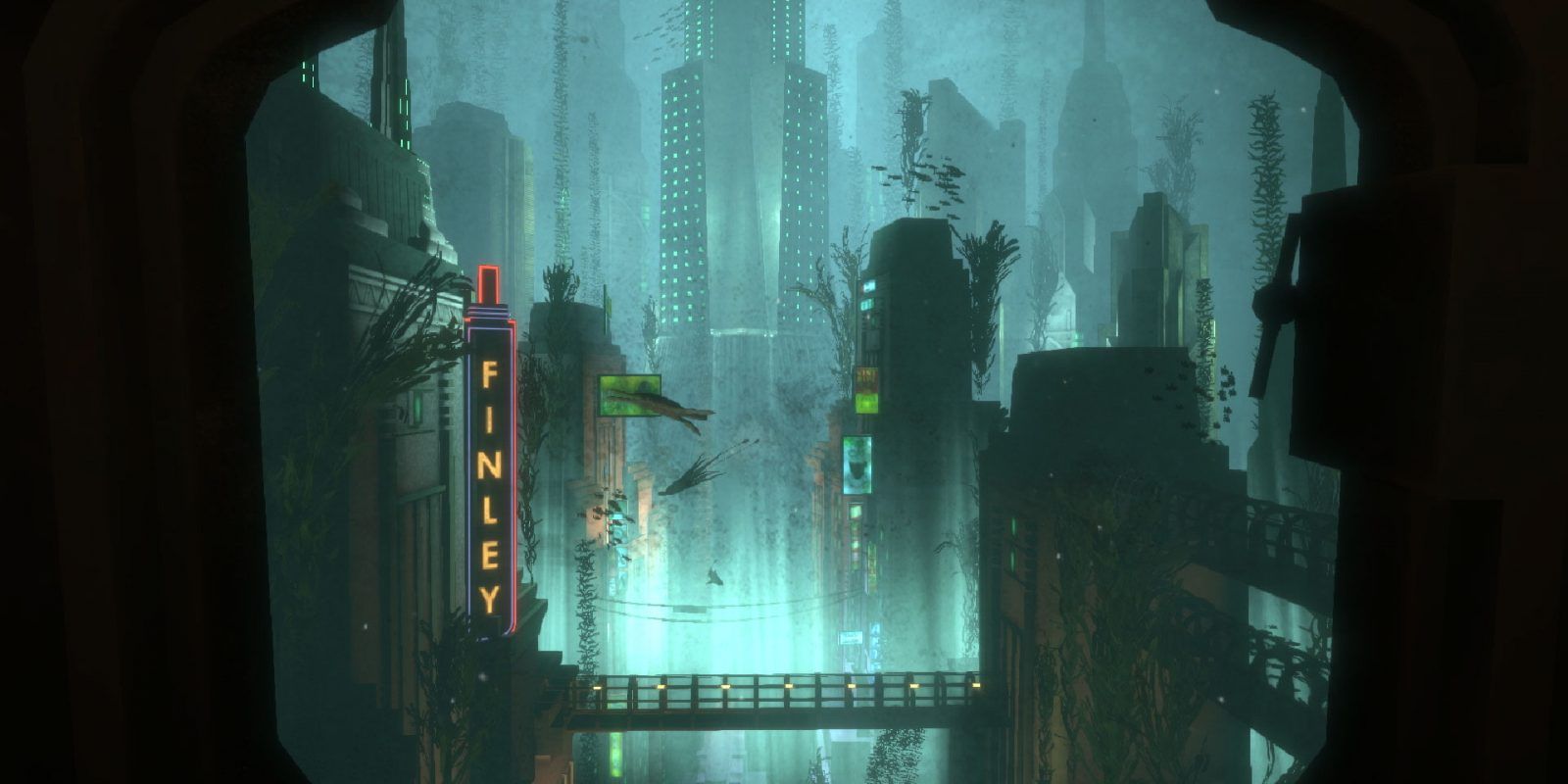 Each collection includes a combination of base games and downloadable expansions. For full details on each, see below:

BioShock Remastered: Winner of the BAFTA Gaming Awards’ Best Game in 2007, players can now experience the critically acclaimed and remastered BioShock experience on Nintendo Switch. Explore the undersea city of Rapture, a haven for society’s greatest minds that has devolved into a dystopian nightmare wrought by one man’s hubris.

Add-on content from BioShock Remastered is also included, featuring the ‘Museum of Orphaned Concepts,’ a guided in-game gallery of discarded or reworked development concepts from the making of BioShock; ‘Challenge Rooms,’ a series of areas that test the player’s puzzle-solving and combat abilities; and Director’s Commentary tied to collectibles that unlock 10 episodes of ‘Imagining BioShock’ featuring original series creators Ken Levine and Shawn Robertson;

BioShock 2 Remastered: Eight years have passed since the events of the first BioShock, and Rapture’s denizens have rallied into a collectivist cult. See the undersea city of Rapture through the eyes of a fearsome guardian known as a Big Daddy, racing against the clock to find a missing girl hidden somewhere in the treacherous ruins.

Add-on content from BioShock 2 Remastered is included, featuring the add-on campaign ‘Minerva’s Den’ and the combat-centric gauntlets of ‘The Protector Trials’;

BioShock Infinite: The Complete Edition: In the third instalment of the BioShock series, players will travel to the flying city of Columbia to rescue Elizabeth, a mysterious girl with the power to tear at the fabric of reality – a power her captor thinks will fulfil his warped vision of the American dream.

Add-on content from BioShock Infinite is included, featuring the two-part add-on campaign ‘BioShock Infinite: Burial at Sea,’ featuring Rapture just before its calamitous downfall, ‘Clash in the Clouds’ combat challenges, and the ‘Columbia’s Finest Pack’ and ‘Early Bird Special Pack’ that give you an edge with bonus gear and weaponry;

The physical game contains an 16GB cartridge including the opening acts of BioShock Remastered, BioShock 2 Remastered, and BioShock Infinite: The Complete Edition. For later game contents, a 30GB download is required.

XCOM 2: A turn-based strategy game sequel to XCOM: Enemy Unknown. In XCOM 2, Aliens rule Earth, promising a brilliant future for mankind while secretly hiding a sinister agenda. As the leader of a guerrilla force facing impossible odds, players must ignite a global resistance to eliminate the alien threat and save the human race from extinction;

XCOM 2: War of the Chosen: This expansion makes significant changes and additions to the XCOM 2 campaign. Fight alongside new resistance factions and hero characters as you attempt to eliminate the alien threat on Earth and stop new enemies, known as the Chosen, from recapturing the Commander.

Borderlands: Game of the Year Edition:The co-op shooter-looter that started it all, crammed with content and enhancements. Equip bazillions of guns as one of four trigger-happy mercenaries, each with unique RPG skills. Take on the lawless desolate planet Pandora in pursuit of powerful alien technology: The Vault;

Borderlands 2: Play as one of six Vault Hunters attempting to liberate Pandora from evil mastermind and corporate CEO Handsome Jack. Make new friends, arm them with a bazillion weapons and fight alongside them in a relentless quest for revenge and redemption;

Borderlands: The Pre-Sequel: Play as six all-new character classes while carving a path of destructive mayhem across Pandora’s never-before-seen low-gravity moonscapes with all new moves, weapons, and vehicles! Fight alongside future megalomaniacal tyrant Handsome Jack, while preventing the destruction of Pandora and its moon;

Play all three games on the go with friends: Each features local two-player split-screen co-op play and support for up to four players online;

The physical game contains an 8GB cartridge that features Borderlands: Game of the Year Edition, with a 7.7GB download required for all DLC/Add-on content. For Borderlands 2 and Borderlands: The Pre-Sequel a 35GB download is required