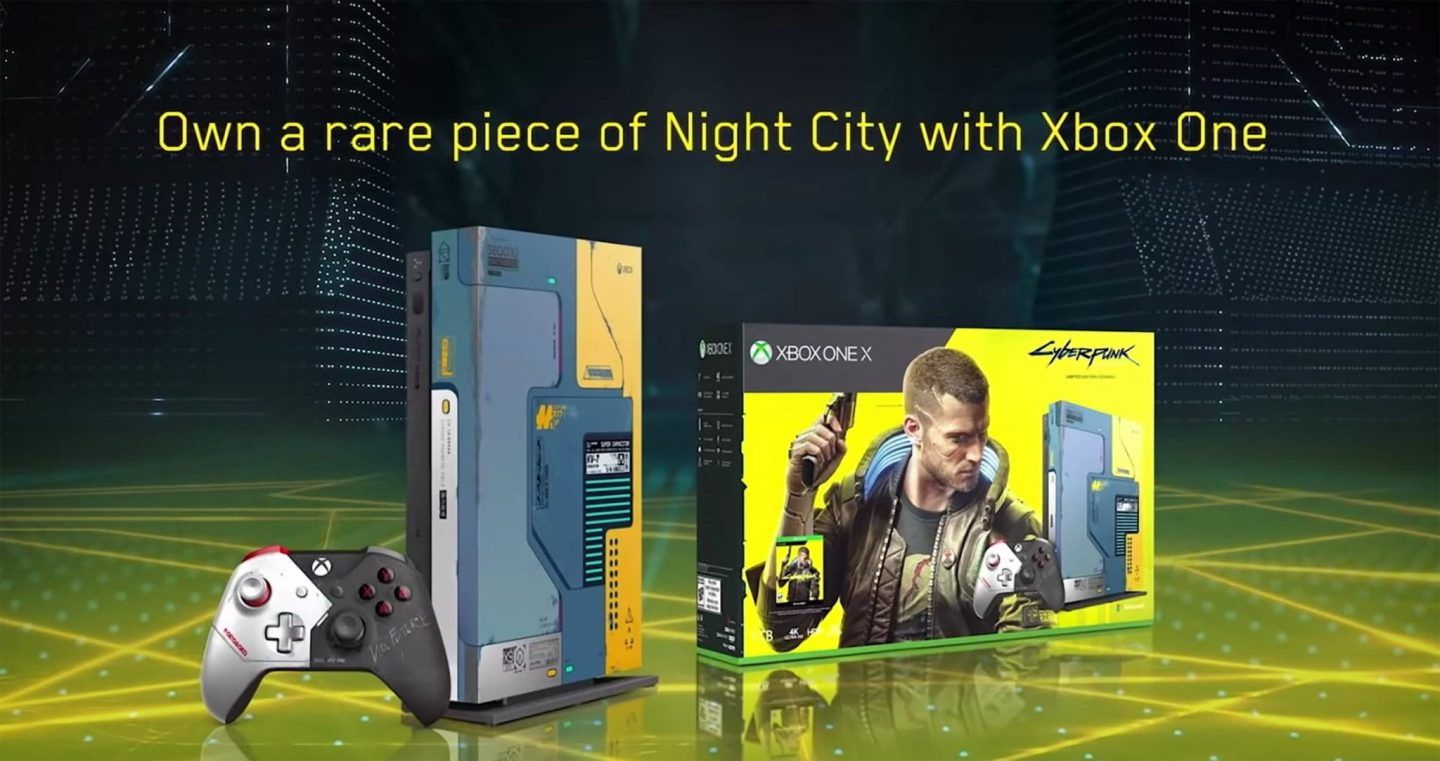 While we wait in anticipation for the Cyberpunk 2077’s release in September, Microsoft has revealed a range of customized Cyberpunk 2077 hardware and accessories, consisting of the below:

The Cyberpunk 2077 Limited-Edition Xbox One X

This will be the final Xbox One X limited edition console to ever be released, and only 45,000 units will be available in select markets according to Xbox blog.

Unfortunately, the console bundle itself isn’t available for pre-order yet, and an exact price hasn’t been revealed.

The Limited Edition Xbox Controller is available to purchase separately starting today along with several other Cyberpunk 2077-themed accessories: an Xbox Pro Charging Stand, a Seagate game drive, and a SteelSeries headset.

The Cyberpunk 2077 controller is being sold separately for those who don’t want to purchase the limited edition console bundle.

The rugged Wireless Controller is influenced by Johnny Silverhand (the character played by Keanu Reeves), is available to purchase now fo $74.99.

The new controller is compatible with the Xbox One family of gadgets and consists of a 3.5 mm stereo headset jack and Bluetooth technology for gaming on Windows 10 PCs, tablets, laptops, and mobile devices.

It comes with a battery cover, rechargeable battery, and 6-foot power cord. The Cyberpunk 2077 Xbox Pro Charging Stand is available starting today for $49.99 USD at select retailers including Microsoft Stores and online.

The Seagate Game Drive for Xbox: Cyberpunk 2077 Special Editioncomes in 2TB and 5TB capacity options. With the futuristic, unparalleled look and feel of the Cyberpunk 2077 universe, this game drive is the perfect expansion to the Xbox One X Cyberpunk 2077 Bundle.

You can pre-order the Seagate 2TB Game Drive for Xbox: Cyberpunk Special Edition worldwide today for $89.99 USD at Microsoft Store and other select retailers and the 5TB variation for $149.99 USD at Seagate.com. Both capacity variations will be available for purchase in June 2020.

Inspired by Night City’s most infamous character and his iconic cyberarm, Arctis 1 Wireless for Xbox Johnny Silverhand Edition, the headset provides the definitive way to experience the immersive audio and futuristic world of Cyberpunk 2077.

The headset features rock-solid, lossless 2.4GHz wireless with ultra-low latency for Xbox and PC, a detachable ClearCast noise-canceling microphone for natural-sounding clarity, and a steel-reinforced headband for a perfect fit and lasting durability.

You can pre-order the extremely limited Arctis 1 Wireless for Xbox Johnny Silverhand Edition today for $109.99 USD or pick one up June 2020. Lock your pre-order in at SteelSeries.com and other select retailers.

Cyberpunk 2077 arrives on September 17th on Xbox One, PC and PS4. When it releases, Xbox One owners will be able to get a free upgrade to the Xbox Series X version through Smart Delivery.