Every PS5 game confirmed so far 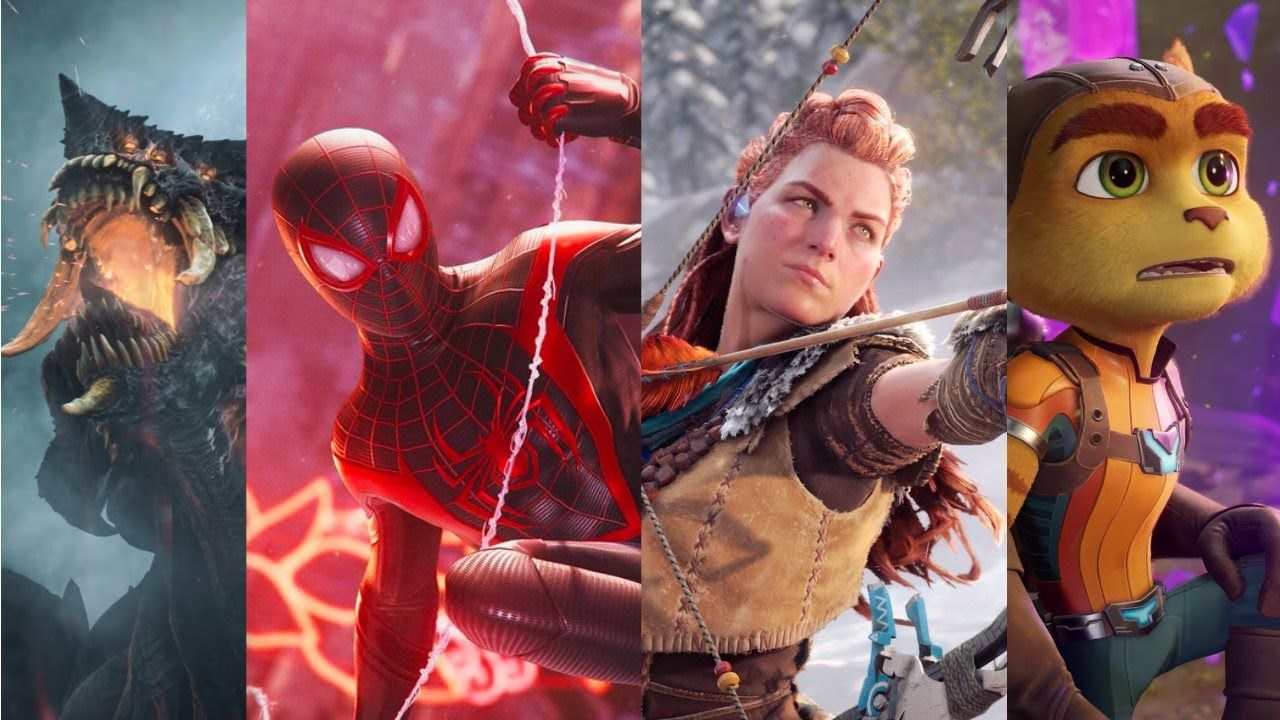 Over three million fans around the world watched the PS5 reveal event which showcased a wide array of games that will be released for the console during its launch or by 2022. Here’s every game confirmed for Sony’s next-gen console:

Aloy is back with another adventure as she moves west in Guerilla’s adaptation of the 31st century and is a sequel to the highly acclaimed Horizon Zero Dawn. This time too she will battle the monstrous machines as she embarks upon a journey trying to save her planet in Horizon Forbidden West.

Fan-favorite Spider-Man is back and ready to get in action, this time around with a new protagonist named Miles Morales filling up Peter Parker’s shoes. As confirmed by Sony, this is a Stand Alone Game and not a sequel or DLC, which will be coming to PS5.

The seventh installment in the popular racing franchise Gran Turismo showcased highly detailed cars and gorgeous graphics that are sure to provide a realistic driving simulation experience on the PS5. Polyphony Digital is well respected and has a strong heritage and legacy with the GT series with GT7.

This upcoming entry to the much-beloved series Ratchet & Clank is set to be an inter-dimensional adventure and the most ambitious one in the series to date. The trailer showed blistering fast level swapping speeds that Sony keeps reminding us the SSD is capable of.

The world’s most dangerous assassin Agent 47 chases down contracts in the city of Dubai and this time harnessing the power of Ray Tracing, NextGen Tech is likely to show insane details and level design possibilities.

From the people who brought us Final Fantasy XV, we have Project Athia a magical tale that looks phenomenal with incredibly detailed environments and gruesome enemies.

A remake of the cult-classic fantasy role-playing game that was initially released on the PlayStation 3. This time around it’s bigger and badder while looking terrifying in 4K Glory. Going back to the Dark Soul’s roots, BluePoint Studios who looked after the Shadow Of Colossus Remake are back with this prequel to the Souls’ series.

This spooky entry to the long-running survival horror franchise Resident Evil features the genuine horror that makes the series a one-of-a-kind experience and is a testament to what the series is known for.

A charming narrative-driven game that beautifully focuses on themes such as nature preservation. Having colourful gameplay and set in a beautiful with characters that you instantly fall in love with.

One of the most successful games ever made, GTA V gets another appearance seven years later it initially released. Launching in the second half of 2021 we can expect an expanded and enhance version on the PS5 as stated by Sony.

Godfall is an upcoming exclusive action role-playing game that looks like a brutal epic set in a world call Aperion. Brandishing stylish hack and slash style gameplay with a unique focus on armor sets helping the player derive multiple powers and abilities.

Basketball has never looked better, this latest NBA 2K game tops the cake with over-the-top sweat physics that looks even better than the real deal.

Returnal puts you in the shoes of an astronaut who battles for her life as she tries to escape a deadly alien world.

A supernatural first-person game set in a grim version of Tokyo that gives major paranormal vibes. The protagonist fights against deadly foes with the magical powers he possesses.

The players take on the character of Mei, an interstellar scout who has slept for more than a thousand years. To make a new home for your people, you’ll traverse a magical ocean world at the furthest reaches of space.

A stylish and fast-paced shooter, Deathloop has players fighting for their lives as assasins constantly try to end. It’s packed with action and sure to get your adrenalin pumping.

Featuring teen-dinosaurs, this comic-book style story-driven game is supposed to mark the end of an era and provide you your dose of teenage drama and angst.

A whimsical adventure game, Bugsnax looks to be tons of silly, wholehearted fun.

A stylish and unique adventure game set in a strange land featuring a devious humanoid as the protagonist.

From the same people that gave us What Remains of Edith Finch, we have an indie game that lets us live all our cat fantasies and explore a futuristic neon-lit city as a Stray, the star’s the limit.

A side-scrolling platformer and the latest entry in the franchise, Oddworld: Soulstorm featuring chaotic combat.

A brand new sci-fi game from the developers of the Resident Evil franchise is shrouded in mystery and features an astronaut and a little girl.

This adorable 3D platforming game is free and comes pre-loaded on the PlayStation 5, reminding us of the past when a previous version came on the PS4.

An installment to the LittleBigPlanet series, the beloved character Sackboy returns with a big platforming adventure this time around. Bigger levels, detailed visuals, more User Generated Content and the sky is the limit in regards to creativity, Sackboy is always welcome as Playstation’s little mascot.

A fast-paced game that features vehicular combat, Destruction Allstars has the likes of Rocket League and is sure to get your adrenalin pumping.

The event was a bit disappointing overall; not meeting the expectations of fans as well as generating a lot of buzz regarding the eccentric design of the console. We’re in anticipation of when Sony plans to bring in the big guns that everyone was hoping to see in this event.

For all news related to PlayStation 5, sign up for our newsletter and let us know in the comments below as to which games are you most excited for?