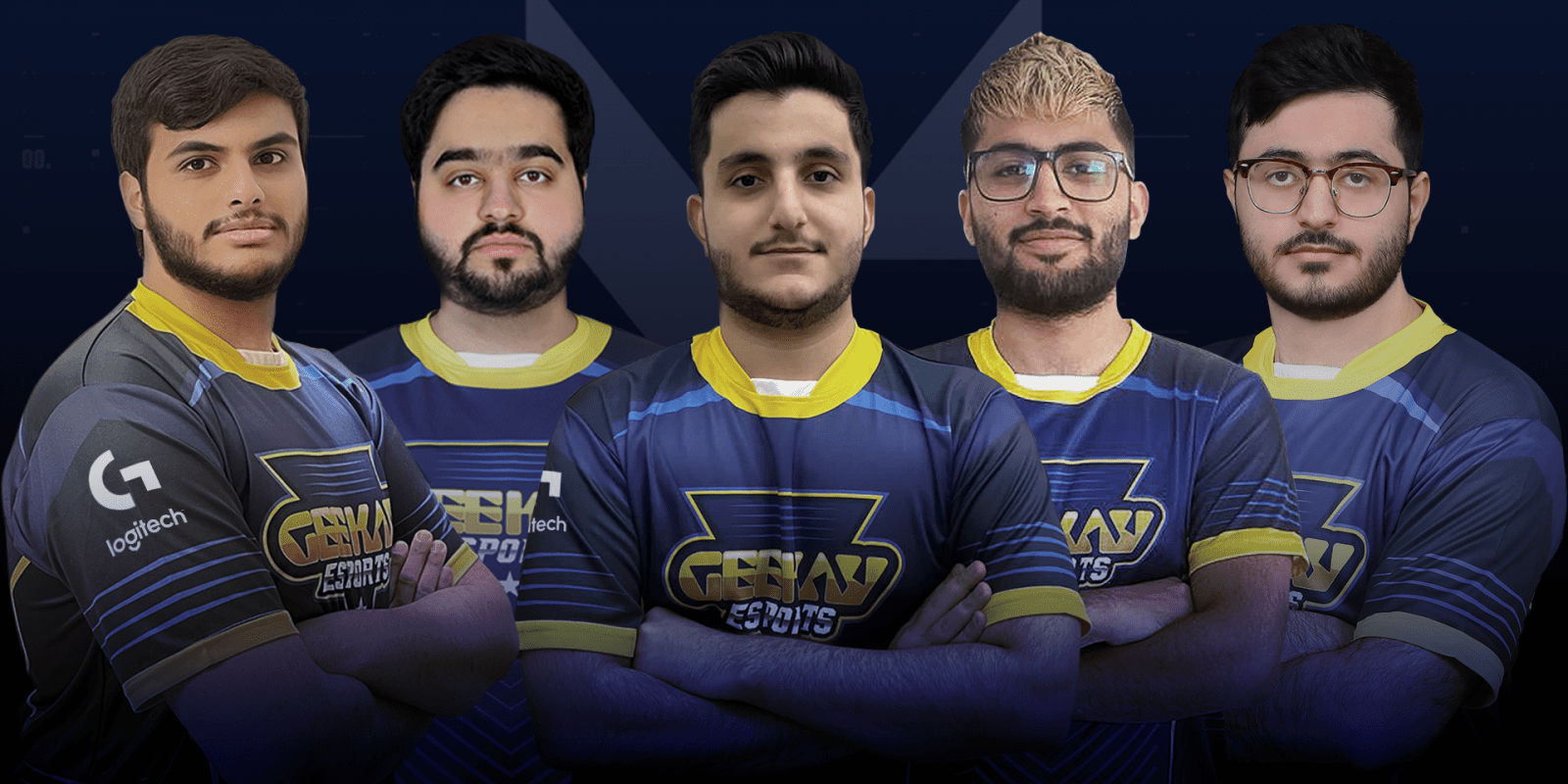 Geekay Esports, the esports division of Geekay Group, reaffirms its commitment to being the top esports organization in the Middle East by signing a professional Emirati Valorant team. The UAE-based team has already participated in a few tournaments such as: Geekay Scouting Tournament, Emirates Esports Festival 2021, and Strike Arabia Championship. Geekay Group continues to drive growth in its esports division, making the organization one of the most prominent investors in esports in the region.

The 5-man team has been participating in tournaments since 2013. Geekay Esports aims to support the Emirati Valorant Team logistically and financially, to overcome the difficulties that most MENA teams face when trying to enter the global stage and help them build a career in esports without worrying about the next paycheck. The team is made up of:

“When Valorant came out, I saw the potential in the game and decided to make the switch from CS:GO. Learning the game took some time and it became our main game and I started focusing on Valorant itself.” Said Kasper. “Our team was officially created three days before Strike Arabia, grouping together a bunch of friends: Kasper, FR1, Aimhunter, Infestor and Dutch. We were one of the first teams to qualify for Strike Arabia LAN Event, and it was a grand feeling to grab the attention of Geekay Esports and get the support of such a great organization.”

Geekay Group has always been a part of the gaming scene in the region, as it operates 32 stores across the region, and distributes various international brands in the video game channel throughout MENA region. The group is also known for supporting various events, tournaments, and launches.

The founding of Geekay Esports is a natural next step for the group, allowing it further involvement with the community. The group plans to host university and school-level tournaments across the UAE in partnership with various outlets in education to recruit players in the grassroots level, these tournaments will function as scouting tournaments and provide young athletes the chance to compete at a higher level.

Additionally, these tournaments aim to educate the upcoming professional esports generation on balancing their time, highlighting the requirements and dedication needed to be a pro player, and breaking some nuances and stereotypes around the industry. Research shows that teams that focus their time on six daily hours of training with mental health breaks perform far better than those who crunch in more than six hours of training.

“UAE is where the journey started for Geekay Group. Forming Geekay Esports and recruiting a group of talented Emiratis is just one of the ways we are planning on giving back to the country that supported us.” Said Kishan Deepak Palija – CEO of Geekay Group.