Five game-changing details on The Last Of Us 2

The Last Of Us 2 is just under a month away from launch on June 19, 2020. Naughty Dog has revealed more details on the gameplay elements. 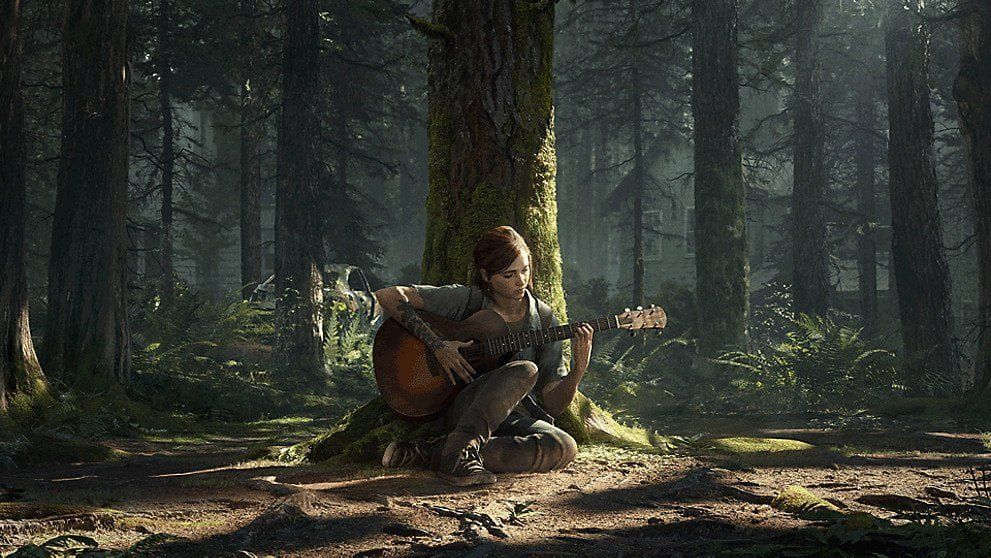 The Last Of Us 2 is just under a month away from launch on June 19, 2020. Naughty Dog takes us deeper into the upcoming game with a video series they started on May 13th, with an episode launching every Wednesday. This Wednesday which was the 20th was an episode dedicated to ‘Inside the Gameplay’, which is what we will be discussing today.

Introduction of a dedicated ‘Jump’ Button

Naughty Dog have revealed that players will be able to use a jump button when playing as Ellie. The reason being how the gameplay is revolved around Ellie and her physical characteristics matching her gameplay. Ellie being more agile, nimble and smaller, Joel will be able to incorporate the jump button to allow more verticality and elevation to her Gameplay.

The general feeling from the video and previous Naughty Dog communication shows how they are gearing towards as much realism for players when it comes to playing as Ellie. There is this strong emphasis on the players to feel like Ellie, be in her shoes, to feel what she feels – a strong philosophy of what the game is built around.

Although we have been aware of the ability to lie flat on the ground from earlier trailers and gameplay videos, this week we learn a bit more on the reasoning. Touted as a huge feature alongside jump by the developers, it is described as a simple yet very effective and addition. The ability to prone is baked into crafting and accessing weapons while in that position, this adds to the combat feature, when planning on your point of attack or taking a breather after escaping.

Prone also adds the ability to not only hide in the vegetation but also under man-made structures like buildings, vehicles, and more. The AI also comes into place over here, enemies actually look for you under objects, buildings so once again, prone is not an easy solution to hide away but to give the player a chance to recon, re-assess and strategize their next point of attack or escape.

I am personally quite excited to see this option as it allows Ellie to actually escape if overwhelmed by a group of enemies or to counter-attack when she is low on resources. Dodge also allows the game developers to bolster Ellie’s arsenal while the players are constantly plotting our escape in this survival scenario. Players of the original will always remember how resources can be dire at any given moment of the game, so if overcome with a sudden foe or just to flee when you’re out of weapons, dodge might become an invaluable addition, especially at the harder difficulties.

ND has taken a much more open approach to how levels are designed for The Last Of Us 2. The game has not been called ‘Open-World’ but the levels are much larger and deeper when compared to the original game. A very important aspect revealed of level design is that entire story segments can be missed by a lot of players if they do not explore enough or play the game multiple times!

Combat encounters can also be missed, with scripted story elements and narratives as mentioned above. Clearly, they want the players to focus on exploration. The jump button which adds verticality also comes to mind over here, so when the player is thinking of ways to approach an enemy of groups, they would need to scan and implement a strategy which makes use of the bigger levels.

Crafting has been an important aspect of The Last Of Us as a series and it plays an important role in TLOU2 as well. The difference over here is that exploration greatly rewards players now when it comes to crafting not only weapons but modifications, this is new and an important aspect of combat in the upcoming game. Crafting thereby helps to evolve combat, for instance the use of silencer which is a modification for a gun, can help being quiet and more stealthy but would reduce damage, so its a trade off which will vary with different play styles and enemy approach.

Weapon upgrade is also integral to the player and shapes the way the combat progresses, while reflecting the play-style once again. A very important discovery in the video above by ND reveals how the choices you make when upgrading your weapons actually determine the outcome of the story and combat. There seems to be strong significance of decisions made by players not only plot/story wise, but also the weapons they use, the upgrades they craft, chart a path which the player will feel the weight of as they game progresses!

Takeaway Week 2 “Inside The Gameplay” Episode

This weeks episode was an important one, it introduced us in detail to some facts we already knew but improve and add to the gameplay questions so many people had. It also shows how ND has evolved the combat and gameplay for TLOU2. Although the original game is prominently known for its exemplary story telling, it would never have been as impactful if not for the gameplay.

The Last Of Us 2 looks more in-depth and detailed as a sequel and the shift of playing probably more as Ellie clearly shows in the game and level design. Whether players will be happy with the changes or not is something we should be finding out sooner than later. As a reminder, the next two weeks will be on the following :

Before we leave, are these the changes and or implementations you were looking forward to? Let us know in the comments below and lets keep it ‘Leak Free’ as we have so far.