Thronebreaker is now available on iOS

CD PROJEKT announced the release of Thronebreaker: The Witcher Tales on iOS. Players can purchase the game from the Apple App Store right now. 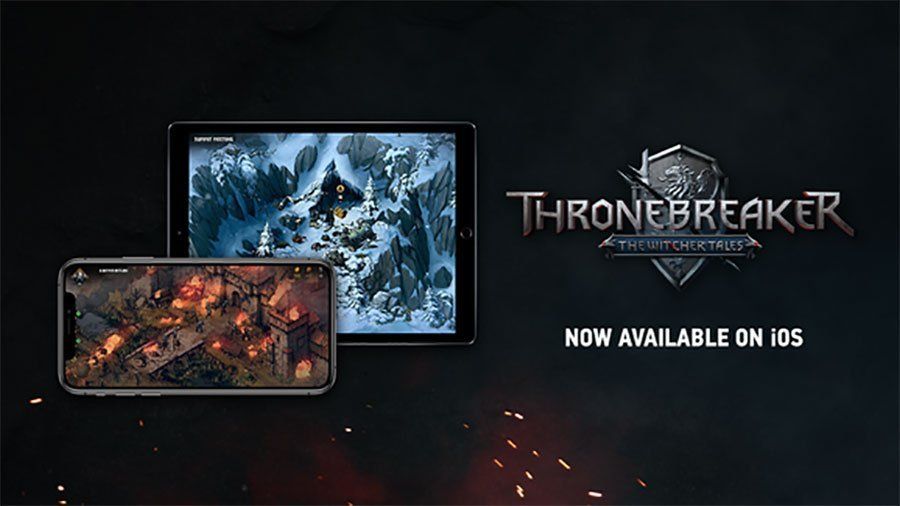 Thronebreaker is a single player RPG set in the world of The Witcher, combining narrative-driven exploration with unique puzzles and turn-based battles. Players take on the role of Queen Meve of Lyria and Rivia, who is forced to enter the warpath in the face of an impending Nilfgaardian invasion.

To stand a chance against her enemies, Meve must amass a powerful army, which means setting out on a dark journey of destruction and revenge.

This latest release brings the complete Thronebreaker experience to iOS, with dedicated touch-screen controls designed for mobile play, as well as cloud-save support so players can pick up from where they left off on PC — and vice versa.

By playing Thronebreaker on iOS, players can also unlock various bonuses in GWENT: The Witcher Card Game for iOS, PC, and Android, including unique ornaments and 20 cards to be used in multiplayer battles. Additionally, players can claim a set of digital Thronebreaker goodies for free, including the official soundtrack, concept art from the game, and an annotated map of Lyria.

Thronebreaker: The Witcher Tales is currently available on iOS, PC (GOG.COM & Steam), as well as Nintendo Switch, PlayStation 4 and Xbox One. An Android version is planned for release later this year. For more information regarding the game, visit the official website.